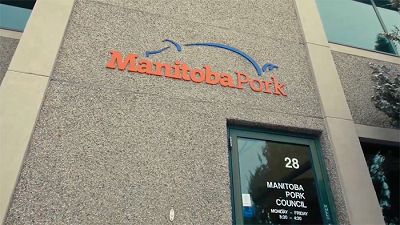 Clip-Cam Dahl-Manitoba Pork:
Politicians and regulators really do take their cues from the public and if the perception of modern agriculture is not accurate then we’re going to get regulations that don’t necessarily fit with what farmers are doing today and we saw that divide recently. There’s a lot of debate in agriculture now about reductions in fertilizer use. Some of those issues and concerns are coming about because of this divide between what the public perceives agriculture to be and therefor what politicians perceive it to be and the reality. It’s our responsibility as leaders in agriculture in Canada to get that message out and if we don’t do that, if we’re not able to communicate to our consumers and to voters and to politicians on the steps that we’re taking then we’re going to see regulatory action and legislation that really doesn’t fit with modern practices and is going to be harmful to our industry. So, it’s really important that we talk about what we’re doing and why it’s good for the environment and why it’s good for animal welfare and if we don’t show it then we’re going to have somebody impose regulations and legislation from outside and that will be bad for the industry and it will be bad for farmers.

Dahl notes the government of Siri Lanka was convinced that if they removed all of modern agriculture, no pesticides, no fertilizer, that things would be better but it’s destroyed the economy, it’s destroyed the food supply and has been a disaster.