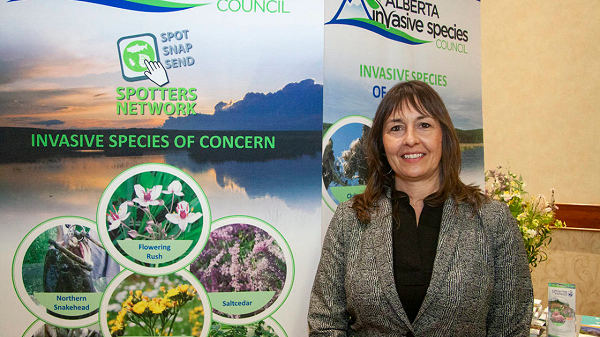 Clip-Megan Evans-Alberta Invasive Species Council:
They’re considered to be one of the most damaging invasive species on the planet. They are incredibly destructive. With regards to their impact, they’re quite far reaching. They’re really devastating to crops where they get into crop fields, they can trample crops, they turn over vegetation in search of things in the form of tubers and grubs. They also feed on certain crops like corn.
They’ll root around and they’ll wallow around riparian areas where they’re rolling around in the mud and the muck to cool off, which or course can be very damaging to certain riparian areas, resulting in sedimentation and contamination of the water bodies.
They can predate young livestock and wild life. But the single most serious risk associated with this species is just the threat of disease transmission. They can carry up to 89 different diseases that can be transmitted to humans, wildlife and livestock and some of those are what we call reportable diseases. An example of a reportable disease would be African Swine fever. An outbreak of African Swine Fever could result in the immediate closure of Alberta’s pork exports, which is a very serious risk.

Evans notes the public has four different options for reporting wild pig sightings, including EDDMapS Alberta, the council’s free invasive species smartphone reporting app, they can email AF.wildboar@gov.ab.ca, they can call 310-FARM or they can contact their local municipality.