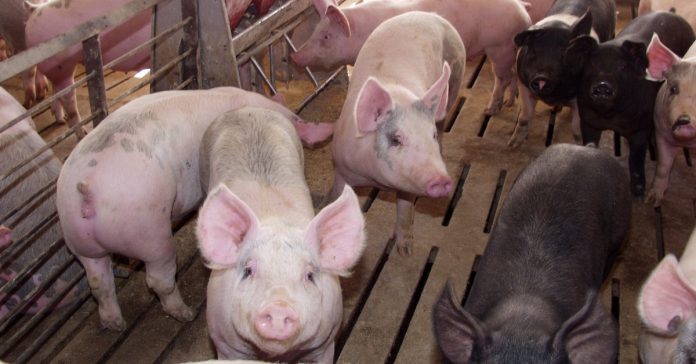 British supermarkets are pouring millions of pounds into rescuing the UK’s beleaguered pig farming sector. A combination of falling pork exports, higher feed costs due to the war in Ukraine, and an exodus from the UK of trained butchers due to Brexit and the pandemic has meant that farmers are struggling with production costs and have been unable to send thousands of pigs to slaughter. More than 40,000 pigs have been killed on farms since October 2021 and their bodies discarded while a number of pig farmers have left the sector.

In response, major supermarkets are now paying more for British pork, and some have promised support packages to cover production costs including labor, fuel, and feed. At the beginning of May, Waitrose promised £16 million and Sainsbury’s £2.8 million. After an appeal for help from the National Pig Association (NPA), Tesco has now agreed to provide £6.6 million until August in addition to the £3.4 million it has already paid since March. The Co-op is the latest to put forward a support package and has outdone its larger competitors by stumping up £19 million.

The NPA said in a letter to Tesco’s CEO Ken Murphy in early May that 100,000 pigs remain on farms “that should have gone to slaughter and farmers are losing in excess of £50 per pig due to the enormous gap between their cost of production and the price the supply chain is paying for pork.” The letter warned that 80 percent of pig farmers could go out of business in the next 12 months unless the situation improves. “By 2023 British pork will be in such short supply that most retailers will no longer be able to source it,” the letter states.

But some agricultural and food policy experts argue that now should be a moment to consider how to reform the industry. “The pig industry will surely welcome fresh financial support from the retailers,” Rob Percival, head of food policy at the Soil Association, told Sentient Media, “but far greater investment will be required if we are to achieve the food system transition needed to resolve the climate and nature crises.”

Most of the roughly 10 million pigs farmed in the UK are raised in intensive farming systems and fed on a mixture of grains and legumes, with about 10 percent of their feed made up of imported soya, much of which has been linked to deforestation in South America. “Industrial pig farming not only raises grave animal welfare concerns, it’s ultimately unsustainable,” says Percival. “Instead of propping up a broken system, retailers and the UK Government should be working to phase out intensive production and bring an end to industrial pig farming.”

Some of the supermarket support for pig farmers is going towards “higher welfare” farms with less reliance on soya as feed. Waitrose’s own brand pork products come from farms where sows live outside all year round and are never confined to farrowing crates, and their piglets are born outside. But many intensive pig farms will also benefit from the financial boost from supermarkets.

Part of the retailer support packages also involves trying to boost sales of pork products. Tesco says it has taken an extra 32,000 pigs since January and will take a further extra 22,000 over the summer. It will expand its range of British pork products by 30 percent to move the extra meat and a new “I Love British” brand for bacon and ham will earn farmers an additional five pence a pack. Waitrose CEO James Bailey has encouraged the food industry and shoppers to help support the pig industry by buying British pork.

From the industry’s point of view, promoting British meat is meant to prevent a rise in imports of animal products produced under worse conditions than they would be domestically. But it also runs counter to the message from climate scientists and public health advisors that British people need to cut their meat consumption, no matter where it comes from.

The National Food Strategy, commissioned by the government and published in two parts in 2020 and 2021, called for the government to aim for a 30 percent reduction in meat consumption by 2030 to benefit both public health and the environment. “Two-thirds of the population eat less than the minimum recommended level of fruit and vegetables and a third eat more than the maximum recommended level of red and processed meat,” the report states.

Some researchers believe supermarkets are not doing enough to help encourage shoppers away from animal products. A 2021 report by food waste group Feedback found that the UK’s top 10 supermarkets are actively encouraging customers to buy meat products despite recent improvements in the companies’ environmental policies. All 10 supermarkets were found to be using promotions to encourage customers to purchase meat products—and not just for products nearing their expiration dates.

Feedback argues that “this means retailers are fuelling—and not simply responding to—demand for meat.” Products sold by half the supermarkets (Aldi, Asda, Lidl, M&S, and Tesco) bear fake farm names such as “Trusted Farms” on their own brand products, giving customers the impression that their meat is produced to higher standards than it really is.

Even the supermarkets that performed best in Feedback’s report would need to significantly ramp up their efforts to meet a 30 percent meat reduction target, let alone the larger reductions recommended by other experts. One study suggests a 50 percent reduction in the consumption of pork and poultry to help the UK transition to a more sustainable farming system with no feed imports.

“In the near-term, retailer investment should be targeted towards such structural reform and reduced demand,” Percival says.

Compassion in World Farming (CIWF) similarly suggests that retailer support for farmers should be coupled with reform of the pig industry. “In the coming years, we want Britain to reduce our reliance on animal-sourced foods and ensure that any animals produced for food are reared in higher welfare systems—while encouraging a move to more regenerative farming systems,” says Dr. Nick Palmer, Head of Compassion in World Farming UK. He notes that such a transition should be managed rather than a result of industry collapse, which retailer support can help the pig sector to avoid.

CIWF has called for the government to financially support farmers to shrink their herds or leave the industry. The Soil Association has produced an outline of what such a just transition could look like for the poultry sector, which Percival says could be replicated for the pig sector. It should be “rooted in active dialogue with key stakeholders,” he says.

“In the context of intensive animal farming, this will mean engaging producers to ensure a democratic and, as far as possible, consensual transition, while supporting British citizens to align their diets more closely with their values,” he says.