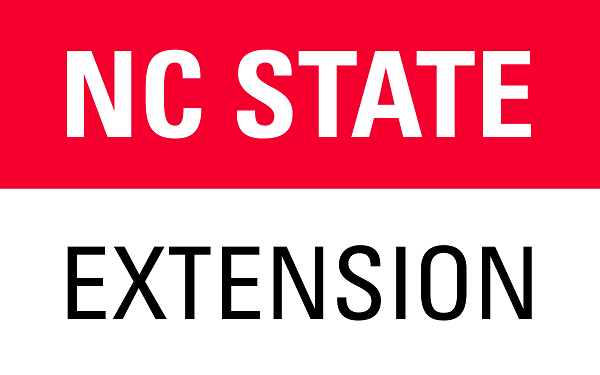 It is economically and technically infeasible for producers to exclude all pathogens from their herds. Instead producers aim for minimal disease status; expending resources to exclude specific pathogens and control the ones they already have. Maintaining a minimal disease status is important for pork producers: sick pigs can die, do not perform as efficiently as their contemporaries, are expensive to treat, create an animal welfare problem and may result in a product that is rejected by (e.g., abscesses) or detrimental to (e.g., Salmonella) the consumer. Consequently, producers implement biosecurity procedures to minimize long- and short-term disease losses and help ensure a more profitable future for the enterprise. The objective of a biosecurity program is clear: it must reduce the cost of lean meat production and help provide a product that does not jeopardize consumer health or the image consumers have of the product and how it is produced. The success of a biosecurity program depends on the resources the farm manager is willing to devote to in the prevention and monitoring of diseases.

Before deciding on the resources to allocate to a biosecurity program consider the costs of an outbreak. Because most pig production occurs within a pyramid of production (nucleus farms at the top, then multiplier farms, then commercial farms) an outbreak high in the pyramid can affect many farms beneath it. An estimate of disease cost within a system must consider how many farms will be affected and the short- and long-term costs including the costs of treatment and control. A major cost is the time it takes to identify and control the disease. Costs can vary tremendously depending on how far the disease spreads through the system and the virulence of the outbreak. Certainly, disease costs the American pork producers millions of dollars each year and estimates have been made of the cost of an outbreak in individual farms (Table 1).

Should a pathogen be introduced to a commercial finisher or nursery, there is a good possibility that the disease may be contained to one site and flow out of the system as the pigs are marketed. This is not the case in sow farms. Sow farms are continuous flow and may harbor disease for years once they are contaminated. A PRRS infected sow farm can produce PRRS infected nursery pigs for years and this becomes the major cost. The higher up the pyramid a pathogen infects a system the more extensive the loss.

Some types of contacts are more likely to result in infection than others; the movement of pigs is the most notorious. Most system exposures are due to the inadvertent introduction of an infected pig into the system. Pig contact with livestock transports that previously carried infected pigs are the next most likely to result in an exposing contact. The mechanical transfer of pathogens by people, feed trucks, equipment, and supplies is the least likely to result in system exposure. Efficient managers allocating resources to biosecurity where they have the most impact: primary, secondary, and tertiary exposure in descending order.

There are three opportunities for preventing disease from affecting a herd:

Preventing exposure of the animals to the causal agent (barriers)

Because primary prevention prevents the exposure of the animal to the causal agent it is typically considered the most cost-effective form of health care. There are four basic areas to address:

Source and handling of primary and replacement breeding stock

Most swine diseases are transferred from one animal to the next by direct contact. Thus, the easiest and most frequent avenue for the introduction of disease into a herd is via the introduction of new replacement boars or gilts. The health assurance team of a production system has a major responsibility to ensure that the outside animals they supply or sell are as free from economically damaging disease as practically possible. Purchased semen is also a possible source of exposure and PRRS virus is the major pathogen of concern. Other pathogens that may be carried in semen include Leptospira spp. and Brucella suis. However, semen is usually treated with antibiotics to prevent bacterial transfers and lengthen the shelf life of the semen.

What can the producer do to minimize the risk of “buying in” disease?

Movement and manipulation of animals and semen within the system

The movement of semen within a system

Moving semen between farms increases the risk of a PRRS outbreak because the virus can be transmitted via semen. It is especially dangerous because one boar excreting the PRRS virus can infect many sow farms with just one shipment; regardless of whether it is a strain endemic to the stud or a new introduction. Consequently, constant serologic surveillance is justified for any boar stud. Intense isolation regimens are justified before replacement boars are entered into the system stud. However, monitoring semen for PRRSv is expensive and has a turn-around-time of several days. Some producers monitor the semen of some boars every week but a PRRS positive result merely indicates that infective semen has already entered the farms. Semen testing will be effective when the semen of every donor boar can be tested before semen is sent.

The movement of animals within a system

In practice, most of the biosecurity effort is focused on preventing pathogens gaining access to the sow farms, especially the nucleus and multipliers. Live haul vehicle sanitation and use is of major concern and to decrease the risk special attention is paid to routing, assigning trucks to specific runs, specific sanitation after runs, and off loading. The most dangerous runs are those that move pigs to a collection point outside the system, e.g., trucking finishing hogs to a slaughter plant.

Extra care is needed to prevent back hauling pathogens. To help prevent pathogens returning from the abattoir to the farm, the market trucks are usually housed and washed separate from intersanctum trucks (intersanctum trucks carry pigs between units within a system). Market trucks are usually dedicated only for market runs. Special cleaning protocol and downtime are required to change the status of a truck from market to intersanctum. Other examples of high-risk runs are cull animal runs and hauling dead pigs. These runs are particular high-risk as the truck visits many sites while putting a full load together. The risk posed by these runs can be reduced by routing the runs from the most biosecure point of the system to the least. Sometimes the animals are accumulated in a holding area off the premises of the site so these runs do not enter the grounds surrounding a facility.

Intersanctum runs should be scheduled to expose as few sites as possible. Weaned pig runs operate between one sow farm and one nursery. Feeder pig runs carry pigs from one nursery to a finishing site. Transportation runs that involve a multiplier are the most protected. Commonly, multiplier sites have their own dedicated transport vehicles; other trucks are not allowed on site. At multiplier sites, culls destined for slaughter are off loaded: a dedicated multiplier truck loads the cull animals, drives off-site and backs up to the truck used by the system for cull runs. The multiplier truck is then washed, sanitized, and dried before returning to the multiplier.

Feed trucks represent little risk compared to live haul as they never contact animals and do not drive through the swine farm; deliveries are made at the perimeter.

Disease does not always enter a farm with introduced pigs or semen. Disease can also enter a farm indirectly when it is carried in on contaminated boots, clothing, supplies, or equipment. Therefore:

3. Layout of the farm

Although it is often impossible to change the layout of a farm there are times when this is necessary. Sometimes the risk is so great that a major change is warranted.

Artificial insemination is valued because a boar can produce more than 2,000 doses of semen per year. The downside is that if his semen is contaminated with some pathogen then he could theoretically infect 2,000 farms per year. Considering that the average US boar stud houses 160 boars and some have as many as 500 boars the consequences of infection are obvious.

Boar studs should follow the same precautions as outlined above for swine farms generally. Boars should be isolated and tested before entering the stud and similar procedures adopted to minimize the indirect introduction of pathogens.

In addition, managers of boar studs should develop a contingency plan for when things go wrong. As a minimum, the plan should address:

If all the security measures detailed above are followed then the risk of a foreign animal disease entering is minimal. In particular, pigs must not be fed food scraps, e.g., leftovers from breakfast, lunch, or dinner. An outbreak of classical swine fever in England in 2000 was presumed to have started when a hiker threw some uneaten sausage over the fence to where pigs were pastured. In addition, the 2001 foot-and-mouth epidemic in England was believed to originate when improperly heat-treated food waste was fed to pigs.

Thus far we have discussed the prevention aspects of a health control program. The other important facet is monitoring. Most producers, when they think of the effects of disease, tend to think only of the direct costs of death and treatment. The major cost is in reduced production; reduced growth efficiency, or reduced farrowing rate for example.

Monitoring farm production trends is an integral part of managing the health/disease status of any herd. To effectively monitor a herd the events must be observed, recorded and then stored in such a way so they can be easily retrieved and used. Spending time with the pigs is the first and most important step in monitoring swine herd health. Recording these observations and the events in the life of a sow, boar, and their progeny forms the basis of a recording program. Computerized production records have revolutionized farm records because they have assisted producers decide what to record, where to record it, and most importantly how to use records to make the farm more profitable.

In summary, producers should divert more resources to primary and secondary prevention techniques. In addition, as primary and secondary exposure are the most likely source of infection then these should receive the most resources. Less emphasis should be placed on the less effective and more costly approach of using drugs and biologics to treat sick animals. How much to divert and the response to expect will depend on the current status of the herd. A record program that can store the necessary information and allow data retrieval in a usable format is the basis of an effective health program.