Wild pigs cause significant damage to agricultural crops and the environment each year and can pose risks to native wildlife, livestock and human health and safety. Damage to agriculture nationally likely exceeds $1 billion per year. Professor Mark Smith of Auburn University’s College of Forestry, Wildlife and Environment and the Alabama Cooperative Extension System says control and eradication measures need to be implemented immediately once wild pigs appear on a landowner’s property.

Where are wild pigs most prevalent in North America? In Alabama?

Wild pigs are a non-native species in North America. Free-ranging populations of wild pigs can be found in about 35 states and southern portions of Canada. They are most prevalent in the southeastern United States and California, with smaller, localized populations in other states. Wild pigs can be found throughout most of Alabama, with the greatest abundance in the southern half of the state. In the more northern counties of Alabama, wild pigs occur in smaller localized pockets all the way up to the Tennessee border. The USDA Animal and Plant Health Inspection Service has a good map showing wild pig locations across the U.S.

How much damage is caused by wild pigs?

Wild pigs cause a significant amount of damage to agricultural crops and the environment each year and in many cases pose additional risks to native wildlife, livestock and human health and safety. Although estimates vary widely, wild pig damage to agriculture nationally likely exceeds $1 billion per year, with reports from many states in the Southeast citing damages in the 10s of millions of dollars each year (e.g., $16.1 million per year in Tennessee to $98.8 million per year in Georgia). Their impact to natural resources and wildlife are much more difficult to quantify but damage estimates likely double that of what is known for agriculture. Wild pigs compete for food and cover resources with economically important game species such as white-tailed deer and wild turkeys. They can also have a significant impact on water quality in local watersheds, which poses concern for human health.

Can the wild pig population be controlled?

Yes, and no. Wild pig populations can be substantially reduced, if not eradicated, from small acreages (e.g., a farm or watershed level) through systematic, premeditated and intensive removal efforts. In most cases, hunting or opportunistic shooting of wild pigs will rarely control a population. Live trapping (followed by euthanasia) of wild pigs using large, corral style traps is the most cost- and time-effective means for removing wild pigs. It is important to note that, as per Alabama law, wild pigs caught in corral traps or bayed by dogs must be euthanized on site. It is illegal in Alabama to transport live wild pigs.

Will wild pigs ever be eradicated in Alabama?

Probably not, simply based on the mosaic of varying levels of interest in managing wild pigs (from those who want to get rid of them all the way to those who want them for hunting purposes) coupled with the inability to access many private lands to trap and remove wild pigs that exist across the state.

Are any diseases associated with wild pigs?

Wild pigs have been known carriers of more than 30 bacterial and viral diseases and numerous internal and external parasites. Swine brucellosis, leptospirosis, toxoplasmosis and swine influenza are but a few of the common diseases that may be transmitted to humans, livestock or pets. Transmission may be through direct contact with the animal or its bodily fluids such as blood, saliva or urine or indirectly through feeding and watering containers, ponds or streams contaminated by wild pigs. The prevalence of these diseases will vary from location to location. Regardless, always wear latex gloves when handling or butchering wild pigs.

What should landowners do when they first see a wild pig on their property, or if wild pigs are already established?

If wild pigs show up, landowners should develop and begin a removal program immediately. It’s much easier to control wild pigs when they first invade and only a few individuals are present. For established populations, a sustained and systematic trapping program will most likely be necessary. Significantly reducing or eradiating wild pigs takes a lot of work if done properly. It is also important to contact and work with adjacent landowners to increase the amount of area under wild pig removal operations.

Can wild pigs be butchered and cooked like farm pigs?

Wild pigs actually make excellent table fare. Although wild pigs don’t have the typical fat content as domestic pigs, they’re great on the BBQ or smoker and can be easily processed into summer sausage, patty or link sausage, chorizo, brats or any other pork-based meat products. Like domestic pork, wild pig meat should always be cooked to an internal temperature of at least 160 degrees.

Mark Smith serves as the W. Kelly Mosley Environmental Professor in Auburn University’s College of Forestry, Wildlife and Environment and is an Alabama Extension forestry and wildlife specialist. In 2018, he was appointed as a fellow by The Wildlife Society in recognition of his exceptional service to the wildlife profession. His specialty areas are wild pig damage management, game and non-game population and habitat management. 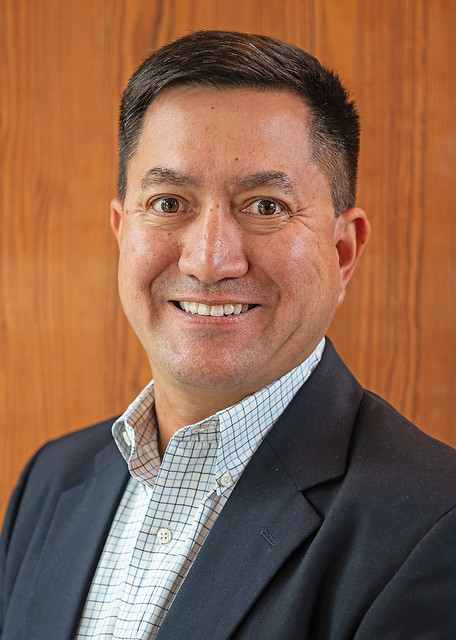 Mark Smith serves as the W. Kelly Mosley Environmental Professor in Auburn University’s College of Forestry, Wildlife and Environment and is an Alabama Extension forestry and wildlife specialist.

To arrange an interview with our expert, please contact Charles Martin in Auburn Advancement Communications at marticd@auburn.edu.