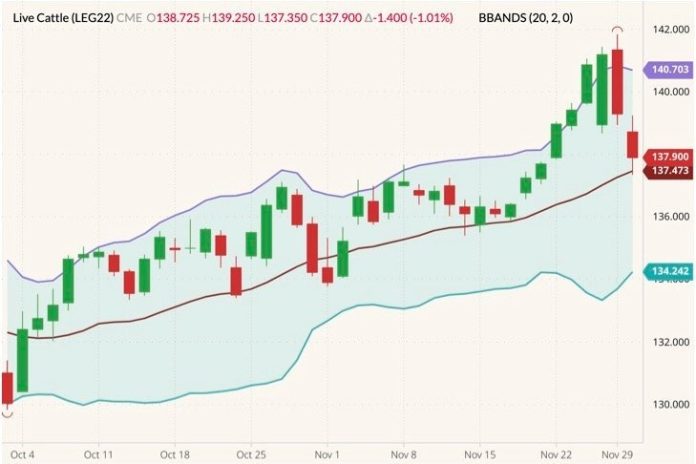 CME lean hog futures also fell, along with U.S. grains and soybeans, after Moderna’s chief cast doubt on the efficacy of COVID-19 vaccines against the Omicron variant.

“It’s a risk-off type of trade in the grains and the meat,” said Don Roose, president of agricultural broker U.S. Commodities.

December live cattle finished 1.05 cents lower at 135.875 cents on Tuesday. The contract on Monday peaked at 139.125 cents, the highest for a front-month contract since March 2016.

The cash market had climbed recently amid tightening supplies and solid demand from meat packers.

“The cash has been really what you call on fire coming into this week,” Roose said.

Profit margins for beef processors on Tuesday fell to $314 per head of cattle from $362.60 on Monday and $404.80 a week ago, according to livestock marketing advisory service HedgersEdge.