It is well accepted that the weaning event is complex and stressful as there are major changes for newly  weaned pigs in housing, environment, and nutrition—all accentuated by transportation stress. While  the industry continues to search for the best approach to starting pigs “right”, water intake has been  highlighted as a key to success.

Several studies were initiated to determine if Tonisity PxW could be applied as a nutritional
supplement applied through a water medicator immediately post weaning to increase water intake over pigs that were not supplemented. 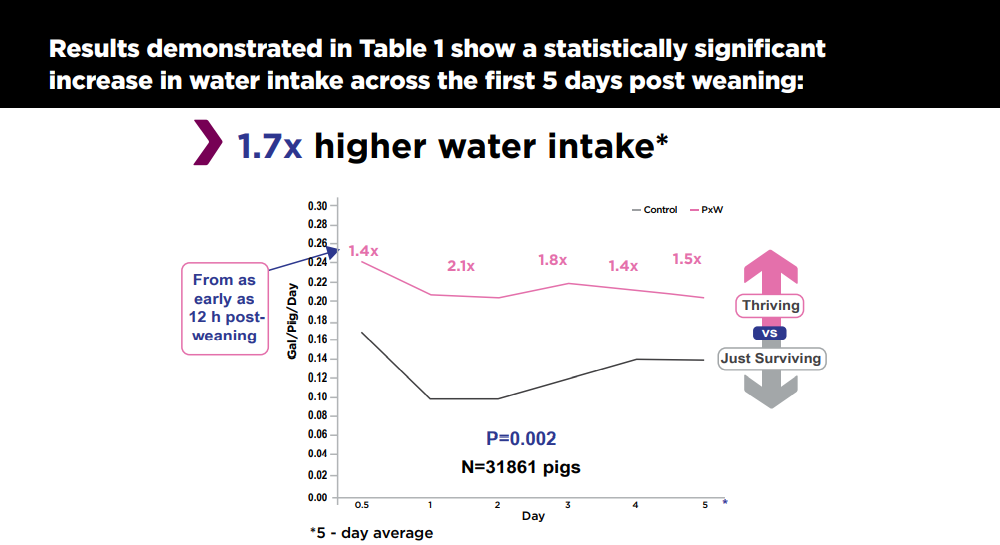 Even in farms that were not exhibiting active clinical signs of disease, treatment groups demonstrated a significant reduction in morbidity and mortality: In summary, Tonisity PxW was demonstrated to increase water consumption in the first 5 days post weaning in multiple studies with more than 30K pigs included. This increase in water consumption
is believed to be beneficial in driving feed intake with subsequent benefits in pig production metrics. The 5 Day program is particularly beneficial for pigs at risk for disease challenges and/or significant transport or environmental stress.