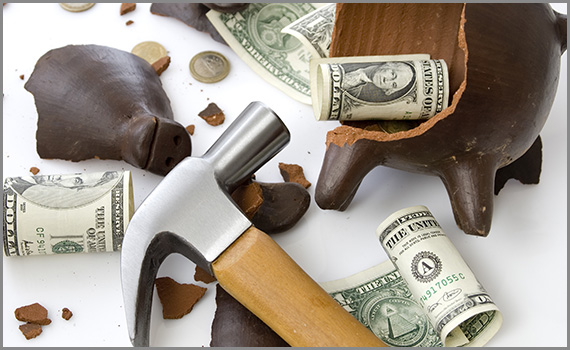 Pigs get stressed out for lots of reasons, but weaning, heat, crowding, transportation and related challenges can weaken their immune system and make them more vulnerable to disease and performance losses. This particularly holds true for gastrointestinal (GI) disorders,1 which lead to loss of appetite, slower growth, reduced feed conversion and lower meat quality.2

“The gut is the largest interface between the body and the outside world and houses the largest immune system in the body,” says Adam Moeser, DVM, PhD, Michigan State University.

Moeser has co-authored studies that show that stressors such as early weaning can impede the development of the GI barrier and immune function, and make animals more susceptible to disease throughout their lives.  His studies show that pigs weaned at a later age have better gut health. In particular, one study showed that adult pigs that were previously weaned at 28 days exhibited less intestinal permeability (improved gut barrier) than those weaned at 21 days.3

“The higher the weaning age, the better for long-term resilience and gut health,” Moeser says. He acknowledges, however, that extending the weaning age could pose economic challenges for producers, and therefore, strategies other than adjusting weaning age to protect the gut are needed.

“Physiologically, when pigs are stressed, they naturally release the stress hormones —adrenaline and cortisone,”4 he explains. “This is part of an animal’s natural fight-or-flight defenses.  But when an animal is in a pen with nowhere to go and these hormones are constantly being released because the pig is experiencing stress, they can cause adverse effects on organs of the body.

“Anytime the environmental temperature gets above that, they have to start expending energy to try to get rid of heat. And that’s stressful.”

Pigs are not good at cooling themselves off, either. “They do not have a lot of functional sweat glands,” Moeser says.  “So, they adopt types of behavioral changes like panting, lying and reducing feed intake.”

The animals often try to adapt by reducing feed intake or drinking more water. “From a health and production standpoint, it takes a toll,” Moeser says.

Heat stress leads to a breakdown of intestinal integrity that triggers the release of endotoxins, added Jason Ross, PhD, an associate professor of animal physiology at Iowa State University. Heat stress can be particularly tough on adult pigs, such as lactating sows, Ross says.

He says lactating, heat-stressed sows often respond by eating less feed, compromising the opportunity to re-breed. “We think heat stress is contributing to seasonal infertility,” Ross says. “And every summer in North America, from the middle of July through August, we see a reduction in the pregnancy rate.”6

Stress has also been shown to compromise gut health, which can open the door to a host of enteric diseases that can hurt feed conversion and growth rate.

“Think of the intestinal wall as one single layer of cells that separates all the stuff passing through the intestine — feed, water, bacteria — from the blood,” Nelson says.  “What stress does, in simple terms, is punch holes in that protective layer. And when you do that, you establish routes for all the bad things that are in the intestine to pass into the blood.”7

He notes that like humans and animals, bacteria produce end-products of metabolism such as ammonia and other noxious compounds, which find their way to the intestinal cells and can damage or kill them.

If an antibiotic is present within the feed the animal is consuming, it may protect against bad bacteria that produce noxious compounds that get into the blood and have a negative effect on the host. Research by Moeser has shown pigs stressed by crowding or heat that were given the antibiotic bacitracin had a better growth rate and feed conversion than stressed pigs that did not receive the antibiotic.

The results were similar to earlier studies he conducted with heat-stressed pigs, which also showed better growth rate and feed conversion than heat-stressed pigs that did not receive the antibiotic bacitracin.9,10

“The use of antimicrobials is effective,” in maintaining performance of stressed pigs, Moeser says.

“They are able to reduce [the impact of] a stressor in the environment. However, when you take a level of protection away and expose them to the same stressors, pigs likely will be more susceptible to bacterial infection.”

And lately, that’s exactly what the pork industry has been doing — taking that protection away.

For decades, pork producers added antibiotics to grower-finisher feeds to fight off enteric and respiratory disease or to optimize growth rate and feed conversion — and these medications are still being used responsibly under veterinary supervision. However, new FDA rules that took effect in January 2017 limit the use of many antibiotics to therapeutic uses only. FDA began requiring a veterinary feed directive for any medically important antibiotics used in food-animal production. This has led to a decline in the use of all in-feed antibiotics — not just those that are considered medically important.

“Using antibiotics responsibly is essential to maintain the efficacy of these medications,” Nelson says.  “Deciding not to use them at all — a path more and more producers are taking — could leave some herds’ pigs more susceptible to bacterial infections and production losses, particularly if they’re stressed.”

Some producers are experimenting with antibiotic alternatives — prebiotics, probiotics, plant extracts and essential oils, to name a few.  All have shown potential but have not shown the same consistency as FDA-regulated feed medications, which must demonstrate safety and efficacy before they’re licensed, the nutritionist says.

“As an industry, we want to keep an open mind to new ideas and technologies, but in the end, we need to weigh novelty against good science and do what’s right for the pig,” he says.

Whichever path producers choose, Moeser says producers can take steps to strengthen gut health in pigs by reducing stressors or eliminating them when possible. He urges producers to examine potential stressors such as weaning age, crowding and the mixing of animals while also striving to heighten biosecurity.

“Stressors are often additive,” he says. “If there are ways to alleviate one, two or three of the stressors, producers will see benefits there as well. Anything that happens to the gut will have a long-term impact on the pig for the rest of its life.”