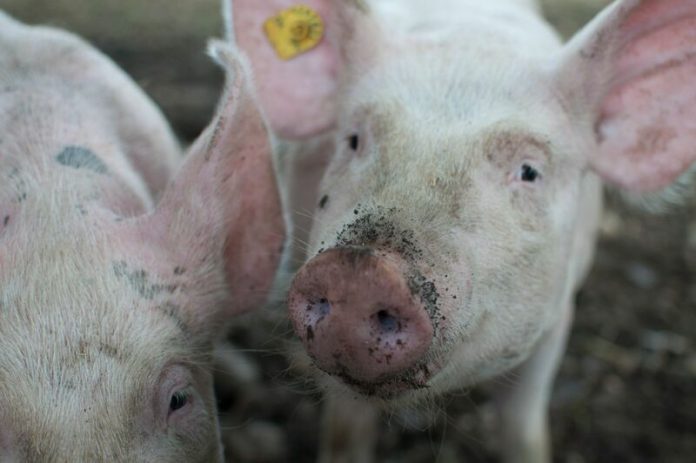 Pork is a staple for people worldwide. While some religions ban pork consumption, the meat remains a very popular item on restaurant menus and at-home dining. China is the world’s most populous country and the leading pork consumer. Pork is such an integral part of the diet that a Chinese company bought the top US pork producer and manufacturer, Virginia-based Smithfield Foods, in 2013. While US companies cannot buy a Chinese firm because of the political system, the US government allowed China to purchase Smithfield, a publicly traded company, and take it private.

Over the past years, an outbreak of African Swine Fever killed millions of Chinese pigs, creating a pork shortage. China released strategic frozen pork supplies to meet the demand, and China continues to rebuild its pig population in 2022.

Meanwhile, other factors are pushing the pork price higher as we move towards the peak US grilling season that begins in late May each year. As April lean hog futures prices moved above the $1 per pound level last week, the trend remains bullish for the other white meat.

Hog futures moved above $1 per pound

The 2021 grilling season ended on the Labor Day weekend as many grills went back into storage for the winter months. April lean hog futures moved to lows in late October.

The chart highlights the move to a low of 78.10 cents per pound on October 28, 2021. Since then, the hog futures have made higher lows and higher highs throughout the offseason, reaching the latest peak at $1.0770 on February 10.

The 2022 grilling season will begin in late May during the Memorial Day weekend holiday when the air fills with the aroma of grilling meats during the summer months. Hog prices have been trending higher during the offseason, and if the pattern continues, pork prices could threaten critical technical resistance levels over the coming months.

The demand side of the fundamental equation for animal proteins is a function of the rise in the global population. A substantial percentage of people on the planet are carnivorous. Each quarter, the world adds approximately twenty million more mouths to feed. According to the US Census Bureau, the global population stood at over 7.876 billion on February 10. During the 2022 grilling season, there will be around eighty million more people worldwide, meaning worldwide pork and beef demand will be higher than during the 2021 season. Producers need to keep pace with the demand.

Inflationary pressures are increasing the cost of producing each pound of pork. Grain and oilseed prices have soared. Corn provides energy, and soybeans provide protein. Hogs also eat other grains like wheat and sorghum. In February 2022, feed prices are higher than last year at this time:

Feed prices, including sorghum, soared in 2021 and 2022 compared to past years. Moreover, energy prices have increased appreciably, and the labor shortage has pushed wages higher. The bottom line is that the cost of producing and processing each pound of pork is more expensive in 2022 than in 2021, putting upward pressure on prices.

Seasonality favors the upside over the coming months

The 2021 and 2014 highs in the pork market occurred in June and July during the peak demand season. As the price of April hogs is above the $1 level on February 10 and July lean hogs were at the $1.15 level, the potential for a challenge of those highs is rising.

Meanwhile, the leading US pork producer and processor, Smithfield Foods, is 100% owned by a Chinese company. US pork consumers should prepare to pay a lot more for the meat over the coming months as the trend remains bullish and inflationary pressures underpin prices.

In Lewis Carroll’s Alice’s Adventures in Wonderland, the author used the phrase “when pigs fly.” In 2022, pig prices look set to fly to the upside over the coming weeks and months.