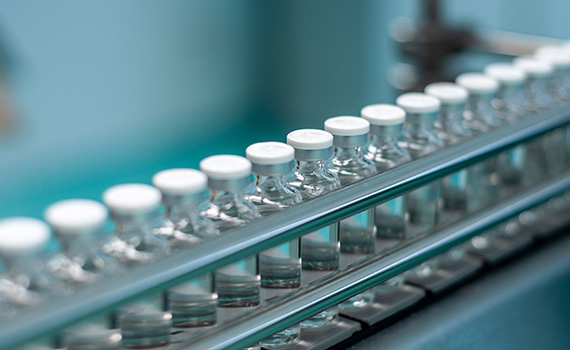 Pigs on a farm with a history of subclinical porcine circovirus type 2d (PCV2d) infection and enzootic pneumonia had significantly better growth after vaccination with a trivalent versus a bivalent PCV2a vaccine, according to the results of a published clinical field trial from researchers at Seoul National University.1

In addition, a computerized technology known as T-cell epitope comparison (EpiCC) demonstrated that coverage against the PCV2d field strain circulating at the farm was 83% with the trivalent compared to only 62% for the bivalent vaccine, findings that substantiate previous studies,2 they said.

The bivalent vaccine used in the study was Porcilis® PCV M Hyo, which contains only the PCV2a genotype and M. hyo, the investigators added.

They believe their study is the first field trial to compare differences between these two types of vaccines. They conducted their trial on a 1,200-sow, farrow-to-finish swine farm with an all-in, all-out production system.

The farm had a history of subclinical PCV2d infection as well as enzootic pneumonia. The herd was stable for porcine reproductive and respiratory syndrome (PRRS), and no modified-live PRRSv vaccine had been administered to sows and piglets on the farm for at least 1 year.

All vaccinated pigs were significantly better compared to unvaccinated controls. However, the average daily weight gain of animals in both the one-dose and two-dose trivalent vaccine groups was significantly higher (p < 0.05) compared to pigs in the bivalent vaccine group during the fattening periods of 70 to 175 days of age, and it was significantly higher (p < 0.05) during the overall period of 21 to 175 days of age (Table 2).

Table 2. Growth performance with average daily weight gain among vaccinated and unvaccinated groups at the market age of 175 days

Besides better growth, pigs in both trivalent vaccine groups had reduced amounts of PCV2d loads in blood and feces and a lower load of M. hyo in the larynx compared to the bivalent vaccine group. Interestingly, growth did not differ significantly between the one- and two-dose trivalent groups regardless of PCV2d loads or M. hyo in the larynx. However, all vaccinated pigs had a significantly greater reduction in mycoplasmal lung lesions compared to unvaccinated animals.

Compared to the pigs from the bivalent vaccine group, the trivalent-vaccinated pigs also demonstrated an economic benefit, with the researchers recording an increase in revenue amounting to US $2.98 per pig at the time they went to market.

The strains of M. hyo and adjuvant formulations differed between the two combination vaccines, the investigators pointed out, but they also said, “The defining difference between these two vaccines was the inclusion or absence of PCV2b antigen.”

The PCV2b antigen in the trivalent vaccine is closely related to PCV2d, which is the predominant PCV2 genotype in Asia, the US and several European countries.

Although PCV2a vaccines can provide cross-protection against PCV2d under experimental conditions, PCV2d has been linked to outbreaks of PCV2-associated disease despite vaccination with PCV2a vaccines, the investigators wrote.

In contrast to experimental challenge studies, pigs on commercial farms are continuously exposed and re-exposed to the prevalent PCV2d field strains by horizontal transmission. Other factors are also present that exacerbate the disease in a less-controlled commercial setting, they pointed out.

The investigators attributed the significantly better growth in pigs that received the trivalent vaccine to the broader coverage provided by inclusion of PCV2b in the trivalent vaccine, evidenced by the EpiCC analysis. An epitope is part of an antigen recognized by the immune system, including T-cell lymphocytes. The computerized EpiCC process enables scientists to plot the coverage of different vaccines against different strains of PCV2.

Growth retardation is a common clinical feature of PCV2 and M. hyo co-infection, according to Chanhee Chae, DVM, PhD, professor, Seoul National University, and one of the study’s authors.3  He and colleagues said the results of their study will help swine producers and veterinarians select the proper vaccine and vaccine regimen for herds with subclinical PCV2d infection and enzootic pneumonia.

To view the full article from Vaccines, click here.

Persistence and shedding of Senecavirus A in naturally infected boars