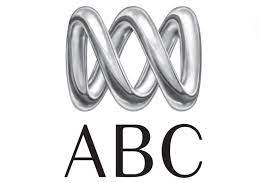 Nick Brain’s free-range pigs snort and snuffle with delight as he tips buckets of acorns in their path.

The crunchy nuts are gathered by kids in Castlemaine in Central Victoria, where Mr Brain has his pigs processed into a range of gourmet goods at a local smokehouse.

The aim is to emulate the world-renowned Spanish ham, Jamón Ibérico Iberian.

“Feeding them acorns infuses the meat with a bit of extra flavour and that’s what we’re trying to achieve,” said the young grain farmer from Willaura in western Victoria.

Nick and Sanja Brain’s pigs were once a sideline to their grain business. Now they are a burgeoning business.

More importantly, the Brains are playing a crucial role in the reemergence of Large Black pigs, a breed that, for decades in Australia, has teetered on the brink of extinction.

“There’s only six registered breeders left in Australia, and we thought, ‘Well, why not do a bit of conservation at the same time?'” said Mr Brain.

Officially, there are 60 sows in Australia registered as pureblood, but the Brains aim to soon double that number to broaden the gene pool.

She runs a rare breeds farm in the Yarra Ranges, east of Melbourne, that features domestic breeds of sheep, goats and pigs.

She also has Large Blacks, sometimes called English Blacks, and was pivotal in saving the breed from near certain Australian extinction back in the early 1990s.

“We have to keep an eye on these rare breeds,” Ms Ross said.

Her quest began when she realised how many domestic livestock breeds, left behind in modern agriculture’s race for greater production, were falling by the wayside.

English Blacks are also classed as rare in England, their country of origin.

They evolved there as a hardy, grass-eating outdoors pig, ideal for small landholders.

The breed was brought to Australia in 1908.

Future imports are next to impossible because pigs represent an unacceptable biosecurity risk.

“I think it would be extremely good if we could get some genetics in, but they’re not safe worldwide really,” Ms Ross said.

“There are small pockets in the UK, which is their mother country, and also the US.”

The Ross family sells its free-range pork at farmers’ markets, and direct to a loyal customer base.

“That really clarifies within you that you’re really doing the right thing,” Ms Ross said.

“It’s about small production, not mass production; it’s about quality, not quantity.”

It’s one of the ironies of rare breeds: that to save them, they have to be eaten.

If there is little consumer demand, there’s little chance of anyone wanting to grow them.

Large Blacks grow at about half the rate of the most common commercial pig breeds, but many older Australians say the meat reminds them of the old-fashioned pork they knew in their childhood.

“They have marbling, and it just makes the meat so succulent,” Ms Ross said.

“The chefs that have had it just can’t believe how wonderful it tastes and how beautifully it cooks.”

Brett Ellis gets similar compliments about his free-range Berkshire pork.

Regarded as the porcine equivalent of Waygu beef, Berkshires were once commonplace on Australian farms.

Like Large Blacks, by the 1960s they’d lost out to large, commercial-scale piggeries that used faster growing breeds better suited to intensive farming.

Mr Ellis’ pigs also get some exotic herbs and spices with their daily ration of grain.

He mixes spent botanicals, including juniper, coriander and strawberry gum, from a Melbourne gin distillery.

It gives the pork a distinctive flavour, has helped him build a loyal customer base, and it’s playing a part in the reemergence of the Berkshire breed.

“What you put into the animal comes out in the meat, so everything that we do now is looking at how we make the best meat possible,” Mr Ellis said.

He chose Berkshires because of their docile nature, ability to thrive outdoors on pasture, and distinctive-tasting meat — all traits shared by Large Blacks.

Gourmet demand for Berkshires has now assured the breed’s future in Australia.

The Large Black breed is also edging itself out of danger, though the shallow gene pool makes the task rather tricky.

But Berkshires and Large Blacks are back from the brink, aided by a new-found appreciation for them and helped by a bit of added spice.