Margins continued to strengthen starting off the first half of January as hog prices were steady to higher while the feed market posted a mild correction. The recent USDA WASDE did lower crop production in South America as expected, although forecasts for much-needed rain in Argentina and southern Brazil are providing hope that conditions will not deteriorate further. USDA also revised the pork balance sheet, cutting both the production and export forecasts for 2022 from previous estimates. Pork production is now estimated at 27.515 billion pounds, down 80 million from December and 178 million or 0.6% lower than 2021. USDA also lowered their export projection for 2022 by 405 million pounds or 5.5% from the previous estimate, acknowledging the slowing pace of sales and shipments to China recently. The new forecast would be down 88 million pounds or 1.2% from 2021, and exports to Mexico will now take on added significance to prevent further declines fromreduced Chinese demand. Pork export shipments for the week ending January 6 totaled 23,439 MT, down 19% from the most recent four- week average and 22% lower than the comparable week last year. Light exports to China in particular stand out as domestic hog prices there have returned to pre-ASF levels. USDA raised U.S. corn ending stocks by 47 million bushels from December due to higher forecasted production, although global stocks declined 2.5 MMT due to lower South American production forecasts. While U.S. soybean ending stocks increased 10 million bushels, the global stocks/use ratio declined 6.8% which will continue providing support for the market. Our clients continue to monitor margin targets in deferred periods to add protection with flexible strategies that allow for further margin improvement over time. 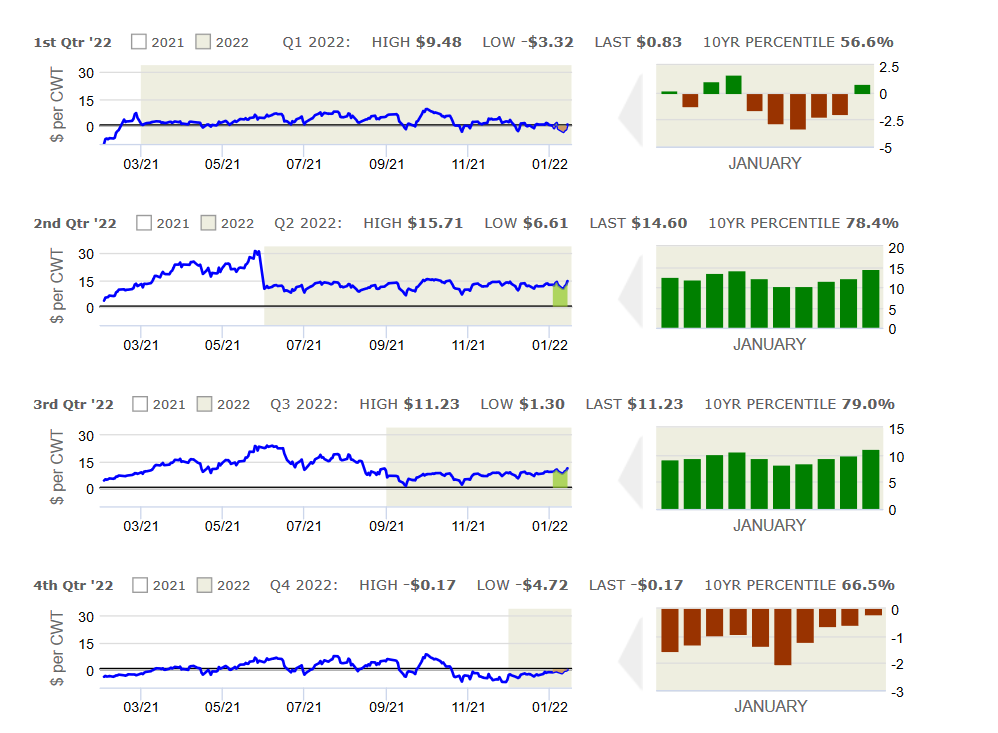