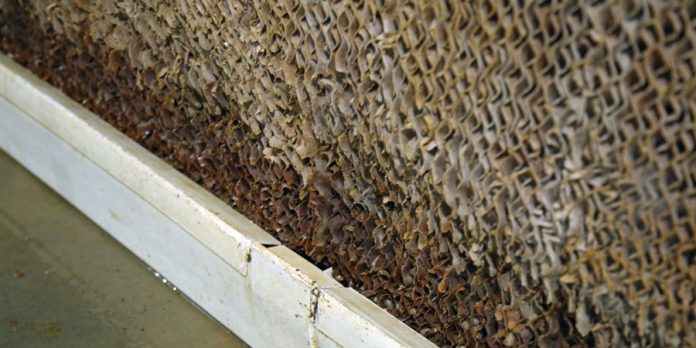 Eliminate one of the leading causes of cool cell pad failure.

At one time or another, you have probably walked by a cool cell system and noticed a water puddle beneath it or a stream of water running across the hallway.   More often than not, the cause was a poorly adjusted float.  Having the float out of adjustment allows water to flood the trough, causing the pad’s bottom to remain constantly wet.

The result of allowing the pad to remain wet is a gradual softening of the pad material on the bottom.   Over time the pad will start to settle down to the point where it could even fall out of the top retaining bracket.    Compounding the issue is the extra weight added by mineral buildup on the pads, causing the pad to collapse even quicker.

Of course, an overflowing trough is easy to spot. You will also need to check the level after the system shuts down, and the water drains into the trough.  Adjust the system’s float valve to hold the water level about one inch below the bottom of the pad. 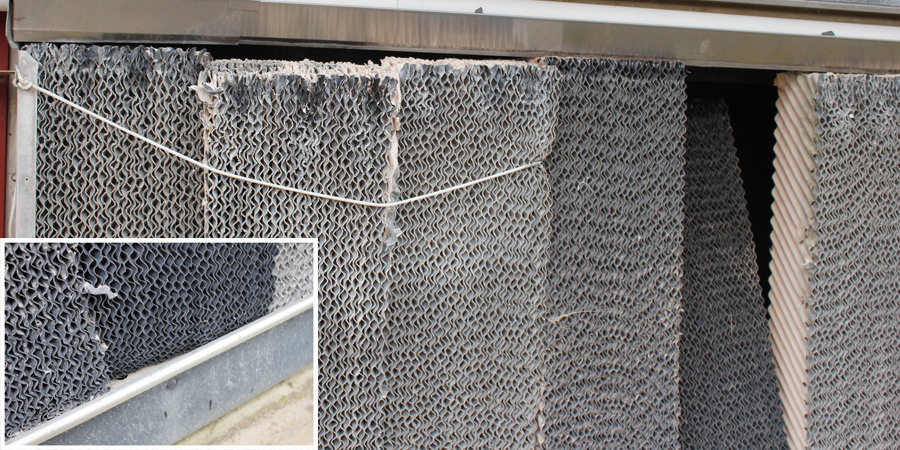 (Mineral and scale buildup increase weight on the pads.)

As mentioned earlier, mineral and scale buildup add considerable weight to the pad.  The process of evaporation removes pure water and leaves the minerals behind.  This water becomes more and more polluted with excess minerals which buildup on the pad surface.

The best way to prevent this buildup is to dump all the water out of the trough and replace it with fresh water to flush containments out of the cool cell. How often the trough needs to be drained depends on the hardness of the water and how often the evaporative system operates.  Monitoring the pH level is a useful method to determine when to change the water, with readings above 8.5 indicating an excessive mineral buildup.