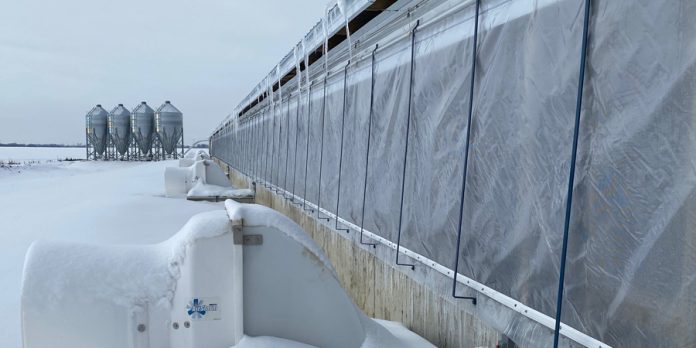 Rising fuel costs have made it even more important to seal and insulate our livestock buildings. There are several steps producers can take to reduce the energy used to operate curtain-sided facilities. 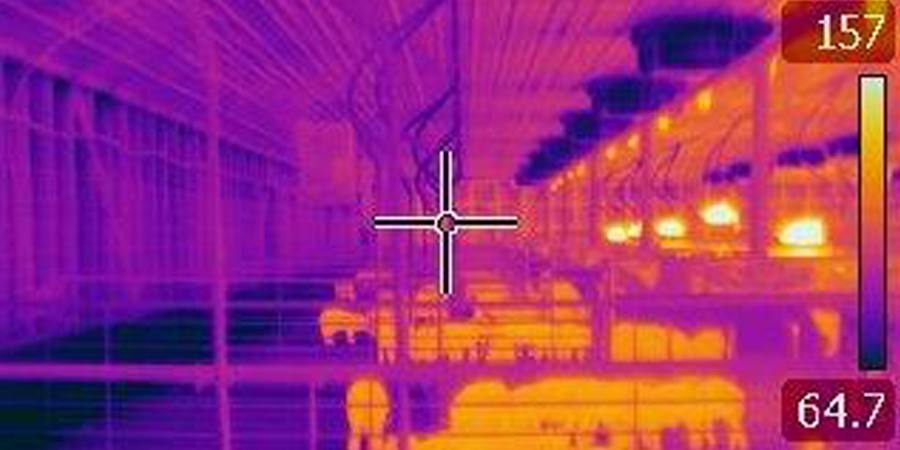 A strong wind blowing against a building tends to push a curtain into the building on the windward side while pulling it away on the leeward wall. If the wind suction pulls the curtain away a 1/2-inch on a 200-foot-long building, that would equal an opening of 1,200 square inches. To think of it another way, it is the same as an 8-foot by 8-foot door left wide open! There are several things to check to prevent air leaks around a curtain:

2) Tighten the retaining ropes or straps to snug the top of the curtain against the side of the building.

4) Replace any missing batten strips on the curtain bottom. 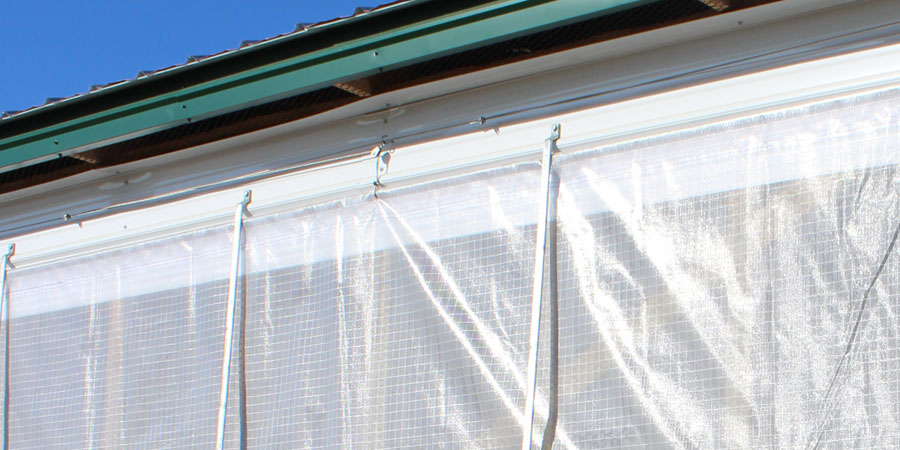 (Curtain with ample overlap past the top of the opening with metal brackets holding it tight against the wall.)

Increasing the R-factor of a sidewall curtain pays dividends in reducing fuel costs. Take an example of a 5’x 200′ uninsulated curtain with an R-value of .73. If the outside temperature is 10 degrees and we are trying to maintain an inside temperature of 70 degrees, we can calculate a loss through the curtain of 82,200 Btus per hour. Increasing the R-factor to three reduces the Btu loss to 20,400 per hour. With average propane costs at $2.25 per gallon, this results in savings of $36.12 per day to heat the building.

A popular alternative to insulated curtains is adding foil-backed bubble insulation. After dropping the curtain, the sheet is unrolled and placed between the bird screen and retainer ropes, holding it until the curtain is raised. Order the width of the insulation to be 12 inches shorter than the curtain opening in the event the curtain drops during a power outage. Click to see more information on bubble insulation. 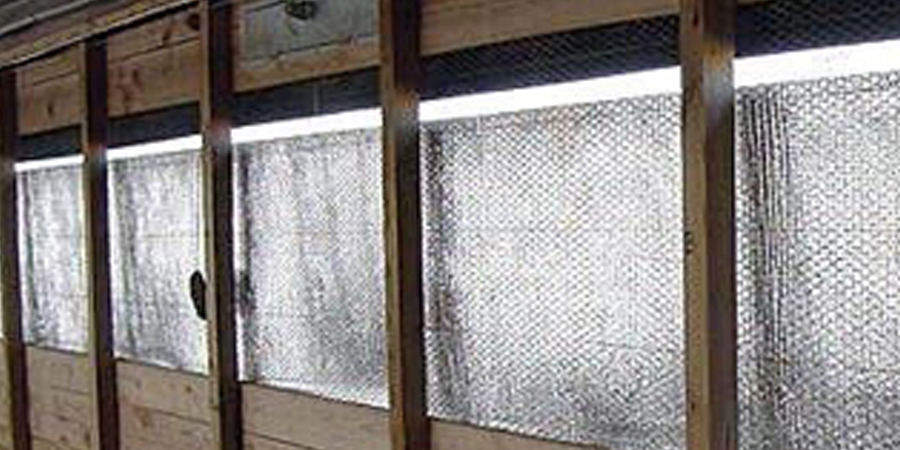 Step 3: Enclose and insulate the wall.

The ultimate strategy for reducing energy costs is eliminating the curtains and insulating the sidewall openings. Adding exterior steel siding, 6″ batt insulation with a vapor barrier, and interior sheeting increases the R-value to 19. The same 5’x 200′ curtain opening now only loses 3,000 Btus per hour, resulting in fuel savings of $46.38 compared to an uninsulated curtain wall.

In summary, the estimated cost to make up the heat lost through a 5′ x 200′ surface area for 24 hours:

Of course, the exact cost will depend on many factors, including location in the country, local cost of fuel, average interior temperatures, and pig weights. Solid sidewalls have the additional benefit of eliminating the annual fall maintenance of curtains and curtain machines. Minimum ventilation also improves with all the air entering through inlets rather than leaks around the curtains.

Consider installing two smaller generators designed to operate half of each house when changing to solid-sided walls.  This strategy adds redundancy to the system if one of the generators fails.