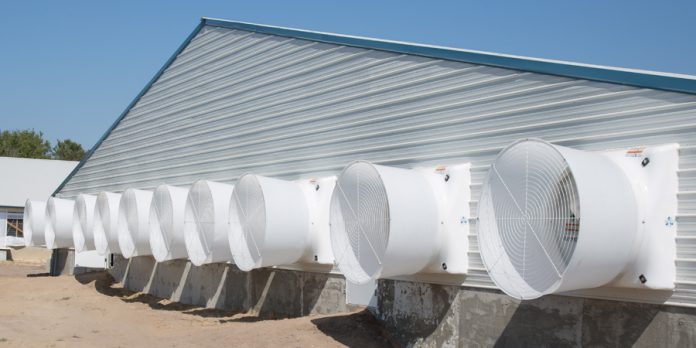 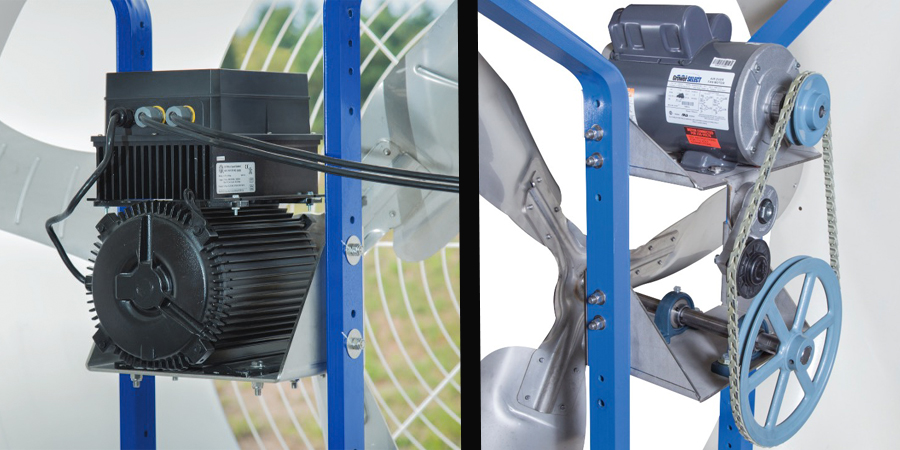 While relatively new to our industry, air-conditioning manufacturers have used ECM motors for about 20 years.  ECM motors are brushless DC motors with a built-in inverter converting AC power to DC. Unlike AC motors, which become less efficient when they run at reduced speeds, an ECM motor is more efficient the slower it runs.

ECM motors are only about 10% more efficient at full speed or RPMs than the standard single-speed AC motors.  For example, the Hog Slat 54-inch belt drive fan is rated at 18.6 cfm/watts, while the 54-inch Infinity fan powered with an ECM motor delivers 19.2 cfm/watts.

The real energy savings come when the Infinity fan runs at less than full RPMs.  For example, two Infinity fans operating at 50% capacity produce the same CFM as a 54-inch single-speed fan but deliver it at a very efficient 36.1 cfm/watt. 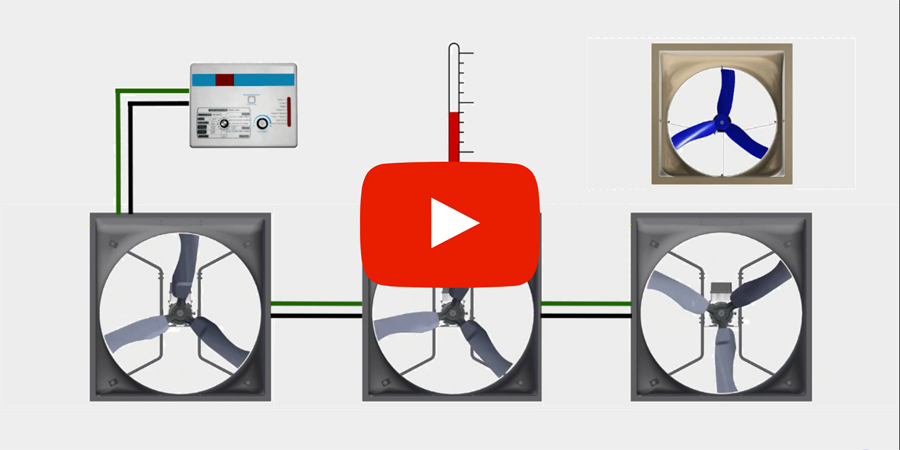 Click to watch a video detailing the staging of a tunnel ventilation system using Infinity fans.

To take advantage of this efficiency, staging a tunnel system with Infinity fans is somewhat different.  Instead of powering on at full speed, the fan receives two signals from the house controller. One is an on/off signal turning the fan on, and the second is a voltage signal from 0 to 10 telling the fan how fast to run.  When the house controller needs to increase airflow instead of increasing the first fan, it instead sends two signals to a second Infinity fan to come on at 50% capacity.  This staging continues until all the Infinity fans are on operating at 50%.  When the house controller calls for the next airflow increase, all the room fans increase to 75% and then 100%. 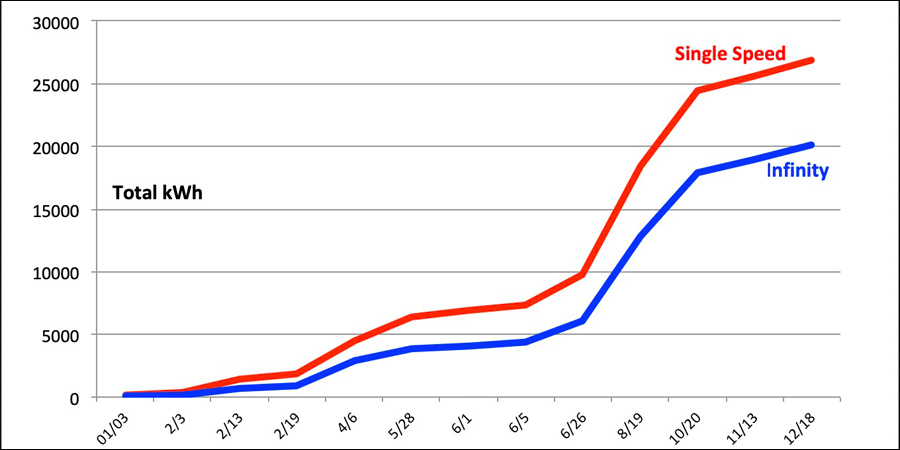 Last year we conducted a field test of a finishing site located in eastern North Carolina with a 101-foot wide by 236-foot long building divided into two 1200-head rooms.  Each room contains a 36-inch fan and five 54-inch fans.  The 54-inch fans in one room are single-speed belt drives, while the second room’s fans are Infinity fans.  Separate electrical meters recorded power usage in each room.   The room with Infinity fans used 6755-kilowatt hours less power throughout the 12-month test period.

Actual electric usage of any building will vary according to geographical location, fill dates, and target temperatures.  Along with lower electrical use, direct-drive fans will reduce maintenance costs by eliminating the replacement of pulleys, belts, and drive shafts.  Because the ECM motor generates less heat while running, we also expect it to last longer than a conventional motor.

Survey for alternative and outdoor pig farmers in Minnesota