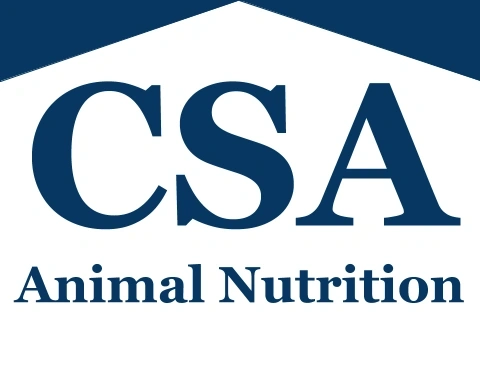 Gut health, especially in young pigs continues to be a major focus for the swine industry.  Maintaining a healthy microbiome during and after weaning is critical for young pigs to thrive during the transition from sow’s milk to solid food.  Pressure on the use of antibiotics and pharmacologic levels of zinc (in some regions) limits the options for addressing some of these challenges.  The use of high zinc levels is now banned in Europe due in part to environmental concerns with zinc excretion and accumulation in soils.  Recent evidence also implicates the feeding of high zinc with increased prevalence of antibiotic resistance genes (Bednorz et al., 2013, Vahjen et al., 2015, Ciesinski et al., 2018).  Feeding high levels of zinc (3000 ppm) longer than 2-3 weeks post-weaning can reduce feed intake and growth rate in weaned pigs.  Despite the concerns stated above, and years of research to develop alternative technologies, zinc remains the product of choice in many countries to control scours as part of an overall strategy to maintain gut health in the post-weaning period.  Alternative strategies are needed to reduce or replace zinc feeding and maintain normal gut health in young pigs.

Postbiotics: a new category of “biotics”.

Two categories of additives that can affect the intestinal microbiome and thus have received significant attention are “Probiotics” (also referred to as Direct-Fed Microbials) and “Prebiotics.”  The International Scientific Association for Probiotics and Prebiotics (ISAPP) defines a Probiotic as “Live microorganisms that, when administered in adequate amounts, confer a health benefit on the host” and defines a Prebiotic as “A substrate that is selectively utilized by host microorganisms conferring a health benefit on the host.”  Although the terms “probiotic” and “prebiotic” have been in use for many years, newer categories of ingredients have begun to use the term “-biotic” and thus require clear definitions to avoid confusion.  One of those that has gained more attention recently is “postbiotic.”  The ISAPP defines a postbiotic as “Preparation of inanimate microorganisms and/or their components that confers a health benefit on the host.”   While probiotics rely on a supply of live microorganisms to confer benefit to the host, postbiotics do not contain live cells.  Therefore, postbiotics may have advantages in the form of better stability vs. probiotics and therefore improved consistency of benefit.  One such example is the postbiotic strain Lactobacillus LB which has been heat-killed at 110 C for 1 hour and thus experiments conducted with it relied on effects of non-viable cells and spent culture supernatant.  It does not have stability issues in response to feed processing techniques like pelleting and has an excellent safety profile.

Lactobacillus LB (LB) is a strain first isolated from a healthy human in 1907.  Originally categorized as Lactobacillus Boucard after Dr. Pierre Boucard, it has since been defined as a 95:5 ratio of Lactobacillus fermentum and Lactobacillus delbrueckii.    It has been extensively studied using in vitro techniques, murine models, and in numerous human clinical studies (for reviews, see Lievin-Le Moal, 2016;  Remes et al., 2020).   Some documented modes of action which have been identified for LB include: the ability to bind to intestinal epithelial cells (Chauviere et al., 1992;  Coconnier et al., 1993), inhibition of epithelial cell association with and invasion by several strains of enteropathogenic bacteria including E.coli and Salmonella (Coconnier et al., 1993), reduction of viable Salmonella cells in mouse intestines (Coconnier, et al., 1997), and prevention of damage to brush border-associated structural and functional proteins in Caco-2/TC7 cells exposed to E.coli C1845 (Lievin-Le Moal et al., 2002).  In addition to heat-killed LB, live cultures of L. fermentum and L. delbrueckii isolated from infant feces and human breast milk, respectively, have been shown to significantly reduce expression of the proinflammatory cytokines TNF-alpha, IL-1B, and IL6 in Caco-2 cell cultures exposed to LPS (Archer et al., 2018) in the absence of bacterial challenge.  This latter study result suggests Lactobacilli may affect inflammatory pathways independent from any direct effects on pathogenic bacteria in the gut.  Based on these documented responses, it is logical to think LB may be beneficial for maintaining gut health in food-producing animals.

Trial 3 was a commercial nursery study which utilized ~2600 weaned pigs.  Pigs were weaned at approximately 19 days of age and penned with 27 pigs per pen.  Pens were randomly allotted to one of 5 treatments giving 18 complete replications and 2 incomplete replications.  Dietary treatments consisted of a Control diet (CTR), CTR + 20 g/ton LB, CTR + 200 g/ton LB, CTR + 2kg/ton LB, and CTR + Antibiotics (AB) consisting of 35 g Tiamulin + 600 g CTC/ton in phase 1, and 600 g CTC/ton in phase 2, with no AB in phase 3.  Pigs were given ad-libitum access to feed from dry feeders and pan waterers for 43 days.  Growth performance and mortality and morbidity were measured over the 42-day trial.

In Trial 1 during the post challenge period (day 7-18 post weaning), F18+ challenge tended to decrease ADG (373 vs. 284 g, P<.07) vs. the NC whereas vs.NC, BMD increased ADG (408 vs. 284 g, P<.05) and LB tended to increase ADG (284 vs. 370 g, P=.081) vs the NC.  Both BMD and LB reduced crypt cell proliferation (P<.05) suggesting a reduction in epithelial damage during the F18+ challenge period of this trial.  The luminal surface of the intestinal mucosa constantly interacts with numerous bacteria, and LB increased the jejunal mucosal abundance of the beneficial bacterium Lactobacillus salivarius as well as the overall diversity of bacteria.

Means within a row which lack a common superscript differ P<.05.

Given the positive responses observed in trials 1 and 2 using 2 kg LB/ton, trial 3 used 1 log changes in LB feeding rate from 20 to 2000 g/ton to further refine the minimum level required for positive effects in a trial using 2600 pigs fed under commercial conditions (Table 2).  From day 0 to 43 postweaning, both antibiotics and LB-feeding improved ADG vs. the negative control (NC) (P<.01).  There was some indication of a linear improvement in ADG with higher feeding rates of LB (P=0.08), but the magnitude of effect was small suggesting most of the response occurred at the lowest level of LB.  LB did not affect ADFI while feeding antibiotics improved ADFI vs. the NC (P<.03).  Feeding LB at any level (P<.01) or feeding antibiotics (P<.02) improved F/G vs. the NC.  Neither LB nor antibiotics significantly affected mortality + morbidity percentage (Table 2).  These data suggest that LB feeding rates as low as 20 g/ton under commercial nursery conditions may affect growth performance and feed conversion in a positive manner.

Table 2.  Effect of LB or Antibiotics on growth performance and mortality and morbidity of commercial nursery pigs for 43 days post weaning.

Means within a row lacking a common superscript differ (P<.05).

The postbiotic Lactobacillus LB has been shown to positively impact several measures of gut integrity in vitro, in murine and human models, and now in E. coli challenge models with pigs.  The documented modes of action whereby LB has been shown to bind to epithelial cells, block binding of pathogens, like E. coli and Salmonella, and maintain the integrity of gut epithelia, are consistent with the recent results in weaned pigs challenged with E. coli.  In addition, pigs raised in commercial conditions had improved daily gain and feed conversion in response to feeding LB.  Collectively these data suggest that LB has potential to help maintain normal gut health through stressful periods such as the immediate post weaning period in pigs.