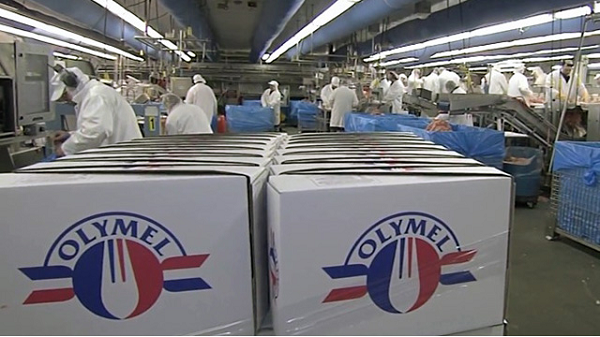 Quebec taxpayers are expected to provide $90 million in indirect subsidies this year to the province’s pork slaughterhouses, 80% controlled by Olymel, La Presse has learned . All because breeders have been forced to sell their animals at a loss since the spring. A situation that fuels discontent and raises questions about existing aid mechanisms.

Pork producers didn’t really have a choice. In April, they granted slaughterhouses a rebate of $40 per 100 kg animal. Because Olymel then left open the possibility of reducing its purchases even further if it could not obtain supplies below the market price.

This price reduction of approximately 20% was to last 3 months. But in July, it was extended. And with winter approaching, the concessions aren’t over yet.

In mid-October, however, the Pork Farmers decided that the discount would drop to $25. Olymel’s reply was not long in coming. The processor decreed a “slaughter reduction of 250,000 pigs within 4 months”. While warning that he could retract.

“In the event that the Breeders decide to restore the discount to the amount of $40 until December 31, 2022, Olymel would cancel the decision to reduce its purchases and would undertake not to announce new reductions by December 31, 2022. “, announced to its members the president of the Éleveurs de porcs du Québec, David Duval, in an email.

On November 4, another major processor, Aliments ASTA, used the same strategy as Olymel in the hope of lowering the cost of its hogs. A slaughter reduction of 1,000 pigs per week has been announced, we learned. Reached in Florida, the president of ASTA, Jacques Poitras, did not want to answer our questions. “I’m not getting into that,” he told us, adding that it was his daughter who was aware of the case.

Such reductions force breeders to find buyers for their hogs outside Quebec, which complicates logistics and increases transportation costs. For now, the $25 discount remains in effect. The Breeders ensure that they are “working to ensure that these notices are managed in an orderly, fair and efficient manner”.

“Threats, are they going to become recurrent? It makes producers nervous,” says an industry source who fears reprisals if identified.

Du Breton, the province’s other major processor, did not provide such notice. Given the collective marketing of pork in Quebec, Olymel, ASTA and Du Breton have all benefited from the same discount since April.

The breeders who confided in La Presse can no longer stand this “blackmail” of which they see no end. They are worried about what awaits them after December 31 and are indignant at having to “finance Olymel’s poor administration” and its costly acquisitions.

“It’s a year where we should have been profitable, but in the end, we’re going to be in the red,” laments producer René Harton, in Bas-Saint-Laurent.

The $40 discount will also end up being costly in public funds.

For 2022, ASRA plans to pay 138 million to pig farmers, announced André Houle, vice-president of insurance and income protection at the FADQ. So 91 million will come from taxpayers. The other third will be paid by the producers, even if they make no profit.

ASRA’s most recent fiscal year ended with a deficit of $107.3 million.

Breeders and other sources in this industry, which supports 31,000 people, understand that Olymel has financial problems. But they question the current use of ASRA, which has nothing to do with its mission of supporting farmers in the event of a sudden jump in production costs or a collapsing market.

“The $40 rebate is a way to subsidize processors through producers who are trunk boxes for checks,” says a source familiar with the matter who is not authorized to speak to the media .

In Beauce, breeder Cécilien Berthiaume believes that the state should act as quickly as possible. And that Olymel should use a mechanism other than ASRA to keep its head above water. A mechanism that does not jeopardize the survival and capacity for innovation of the province’s hog farms. “We need to reassess who should support a private company that has problems. Why are they the producers? »

Full professor in the department of agro-food economics and consumer sciences at Laval University, Maurice Doyon, agrees with the breeders. “From the moment you say, ‘I’m not going to give you the market price because you’re going to get ASRA’, it becomes a backdoor subsidy. There is a diversion. ASRA subsidizes Olymel. »

At La Financière agricole, André Houle believes that “it’s an opinion that can be valid depending on how people interpret things”, but he maintains that the sums paid are “in accordance with the rules”.

The legitimacy of this “subsidy to processors” in a context of labor shortages is questioned by one of our sources. In addition, 70% of pork production is exported, recalls this person. In his opinion, “the situation will inexorably lead to a review of ASRA. Because it’s starting to tickle people at the government level.

It was not possible to know if the Minister of Agriculture, André Lamontagne, is comfortable with the bill of more than 90 million that will be passed on to taxpayers and that which will have to be paid by pig farmers. He declined our interview request. However, his office told us that the next study of the pork sector will be carried out in 2023 and that the Minister “will follow with interest the recommendations of the committee which will be made to La Financière agricole”.

The president of the Éleveurs de porcs du Québec, David Duval, and the senior management of Olymel also refused to speak to us, since the agreement that governs their relationship is under negotiation.

Pork producers who confided in La Presse say they have no problem making sacrifices to help their industry, which generates $3.36 billion in spinoffs. What they find hard to digest is having to sell their animals at a loss to a company that is too indebted to buy almost all of its competitors and whose management raises questions, as my colleague André Dubuc writes.

“If we look back 25 years, Olymel has always grown through acquisitions. And after each one, their market share went down, so they made another acquisition. It doesn’t give the impression that they are the best operators,” analyzes Maurice Doyon.

“When you pay companies more than their market value and the interest rates go up, it’s like two slaps on the wrist,” says an industry source who refuses to be identified so as not to harm his company. This person also wonders about the operating costs of Olymel, which announced in mid-October the elimination of 177 executive positions out of 800. How could the company have had such a large payroll? ? she wonders.

The closure of the Chinese market at the start of the pandemic particularly hurt Olymel. The year 2021 was then marked by a grueling four-month strike at the Vallée-Jonction slaughterhouse.

Olymel claims to have taken steps to improve its situation after its pork division lost $60.2 million (before taxes and patronage refunds) last year. Its slaughter capacity was reduced from the fall of 2021 due to the “historic” labor shortage that is raging. The Princeville slaughterhouse has been transformed into a “value-added plant” dedicated to deboning and cuts that generate better profit margins.

“We had to refocus on profitability,” summarizes spokesperson Richard Vigneault.

A rebate of $40 was then demanded from the breeders. “It’s important,” continues Mr. Vigneault. This allows you to work with margins that can better support operating costs. »

It is not yet known if Olymel will succeed in generating a profit in 2022. But the agreement provides that a third party will validate the financial statements of the slaughterhouses and that any profits will be distributed to the producers.

For Professor Maurice Doyon, a solution to the crisis will absolutely have to be found. Because due to its dominant position in Quebec, Olymel has become “too big to fail”.

Without Olymel, the whole sector collapses. Everyone knows it, and no one wants it to happen.