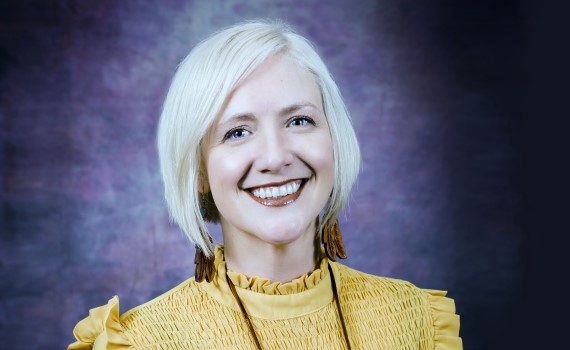 Influenza A virus in swine (IAV-S) wasn’t always a major challenge for the US pork industry. The classical swine H1N1 virus that emerged around the 1918 pandemic remained relatively antigenically stable for 80 years without causing major problems for producers.1 The virus’ stability also made interpreting results and sequences a straightforward process for veterinarians.

That is no longer the case, however. The tide changed in the 1990s when influenza viruses in humans spilled into the pig population, and we started getting introductions of H3 and N2. Those changes are a big reason why flu has become so effective at adapting.

Worldwide transmission of human-origin viruses to swine has had a major role on the epidemiology of IAV-S.2 In fact, pigs have historically been considered “mixing vessels” of influenza viruses due to their susceptibility to infection with both human-origin and avian-origin IAV. Pigs also have a propensity to generate reassortant viruses3,4 — those that emerge when different influenza viruses exchange viral RNA gene segments.

The current scenario for the epidemiology of IAV-S circulating in North American swine involves a highly diverse pool of viruses, with 14 phylogenetic clades — that is, groups of flu viruses with different ancestral lineage and surface proteins known as hemagglutinin — co-circulating within the herd.5

Each clade includes a common ancestor and all the descendants (living and extinct) of that ancestor. Using a phylogeny — the history of the virus group’s evolution — makes it easy to tell if a group of lineages forms a clade.6

At least 10 of the phylogenetic clades seen in US swine herds have evolved from a human virus. If we accept the hypothesis that the classical swine virus originated from the human 1918 pandemic virus, all of those clades should also be considered of human origin.7

Historically, these flu viruses were known by their colloquial names: alphas, betas, gammas and deltas. Pandemic would be a colloquial name used for a pandemic virus that spilled over from pigs into humans, or from humans into pigs, such as the virus that caused the 2009 pandemic. These names are used only in the US, however, because what is circulating here is much different from what other countries see.

This is a primary reason why a global nomenclature for IAV-S is necessary.8 A better system will help practitioners track what influenza is doing and how it’s changing. It will also help veterinarians select the best influenza vaccine for the herd.

Influenza A viruses are divided into subtypes based on two proteins on the surface of the virus: hemagglutinin (H) and neuraminidase (N), as shown in Figure 1.9 Now let’s take a closer look at how flu viruses are named. In the H1 example shown in Figure 2, the first “1” refers specifically to an H1 virus, compared to an H2 or H3 virus. The letter represents the lineage, of which there are three: swine (A), human (B) and avian (C). The next number is the clade, which would refer to whether the virus is an alpha (1), beta (2) gamma (3) or delta (4). Then, there are more differentiating factors with subclades and subdivisions. These new designations have come out of necessity because the virus continues to change. Figure 3 shows an example of the global nomenclature for H1. The pandemic strain of 2009 (H1N1pdm09) listed in Figure 3 changed enough to warrant its own designation. On the other hand, 1A.3.3.3 is a classically circulating gamma today, and pandemic is a 1A.3.3.2. The designation shows they are related but have changed enough that we would not expect a high-level of cross-protection. In Figure 4, the deltas show differences all the way through the subdivision. This is a good example of the grouping of strains that are different enough to have their own designation.

Compared to the nomenclature for H1, the H3 nomenclature is different. There is still a hemagglutinin  designation, indicating that it is an H3 virus, not an H1. Remember, no H3 was circulating in pigs until the virus started spilling over from humans, so the designation shown immediately after H3 indicates the decade in which the virus spilled over from humans. For the example in Figure 5, on the left side is the colloquial name, Cluster IVA. Looking at the proposed global nomenclature, one can see it’s an H3 virus; 1990 shows it is a part of the family that spilled over from humans in the late 1990s. There are various clusters and sub-clusters of the virus that exist as well, which are listed following the spillover decade designation.

A novel triple-reassortant virus — that is, a virus containing genes from avian, human and swine influenza viruses — emerged in the late 1990s in North America11 and led to reassortment with the classical viruses. It subsequently gave rise to antigenically distinct H3N2, H1N1 and H1N2 strains.12

The triple-reassortant internal gene (TRIG) constellation became the predominant backbone of the viruses circulating in pigs in the US.13

Shortly thereafter, two additional introductions of human-origin H1N1 resulted in the establishment of two new lineages of H1N1 and H1N2 viruses after reassortment with the TRIG strains, termed delta lineages.14

After the spread in humans, the H1N1 pandemic 2009 virus (H1N1pdm) was quickly transmitted to swine in North America.15 In addition, a novel virus derived from 2010 to 2011 human seasonal H3 IAV recently led to the establishment of a new H3 lineage that is genetically and antigenically distinct from previously circulating strains.16

The purpose of the defined nomenclature is to arm practitioners with more knowledge to make better decisions.

The key question that the practitioner needs to answer is: Will the vaccine that I’m using provide cross-protection? Practitioners and producers need to know if the virus within their system is changing or if there was a new introduction. Or, they need to know whether a reassortment occured that is now showing up as a new virus.

Practitioners are paying attention to the nomenclature when they get a report back from the diagnostic laboratory to help them quickly assess whether the strain is new or if it already exists in the herd. The information in the report helps them look at new strategies to better control IAV-S and look for ways to provide cross-protection. Not all diagnostic lab reports have included that information, but they’re improving.

Flu viruses will continue to change and practitioners will want to know sooner rather than later if  a new strain is circulating in their clients’ herds. Using the new nomenclature will help them gain a better understanding of influenza and will help them identify and track differences in their clients’ herds. The combination of these factors will enhance practitioners’ ability to control influenza with improved strategies.