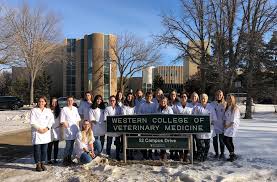 An Associate Professor with the Western College of Veterinary Medicine reports record low numbers of Influenza this year.
Although the media has been tracking the spread of COVID-19, there has been little mention of Influenza this year. Dr. Susan Detmer, an Associate Professor in the Department of Veterinary Pathology with the Western College of Veterinary Medicine, says the major cause of Influenza strain spread in the human population is international airline travel and the reduction in travel has reduced the prevalence of respiratory pathogens.

Clip-Dr. Susan Detmer-Western College of Veterinary Medicine:
For humans we’re seeing record low numbers of Influenza infection. They did go up a little bit over the winter but they’ve actually started going back down again and they were so low that a season of Influenza wasn’t actually declared in Canada. It did not make the threshold for the minimum number of cases. The types of viruses, the Influenza B viruses have been about a third in Canada and the opposite proportion in the United States. It’s been two thirds Influenza B in the United States. The Influenza As have been mixed, H3N2, H1N1 pandemic strain and some of the other seasonal human Influenzas that we normally see but there’s no distinct pattern. There’s not enough detected Influenzas in North America to say that there’s a distinct pattern like we normally have with one strain dominating in the human population.

Dr. Detmer says travel has been limited between countries and even within countries and all of the social distancing to prevent COVID transmission has had a positive effect. She says all of the respiratory pathogens including Influenza and even the common cold are way down in humans this year.