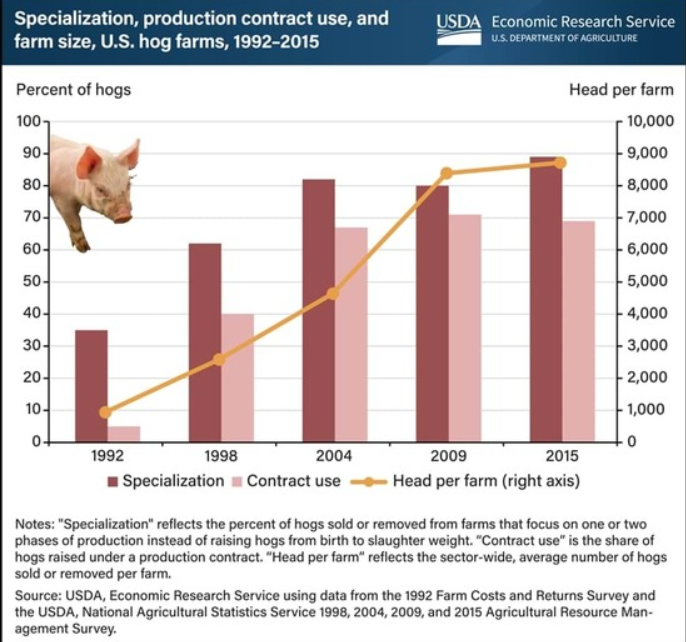 Over the same period, feeder-to-finish operations-those specializing in raising feeder pigs from 30-80 pounds to market weights of 225-300 pounds-became the majority, growing from 19 to 60 percent of all hog operations. Hog operations also became increasingly likely to use production contracts. A sharp increase in contract production occurred from 1992 to 2004, but contract production leveled off near 70 percent between 2004 and 2015.

These agreements were attractive because contractors typically provided the hogs and feed, made many management decisions, transported animals to market, and decided where and when hogs were to be sold. This chart appears in the USDA, Economic Research Service’s report U.S. Hog Production: Rising Output and Changing Trends in Productivity Growth, published August 2022.