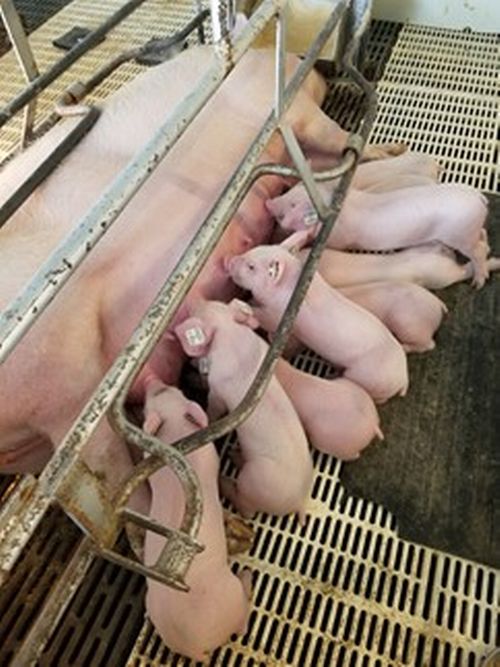 Swine producers are well aware of the devastating effects that Porcine Reproductive and Respiratory Syndrome Virus (PRRSv) can have on their herd.

While USDA and commodity organizations have focused recently on the economic devastation an African Swine Fever outbreak could cost the U.S. market, swine producers are well aware of the devastating effects that Porcine Reproductive and Respiratory Syndrome Virus (PRRSv) can have on their herd. Infection by the virus causes stunted growth, reproductive failure and often death; the disease costs North American pork producers over $660M in lost revenue annually, and similar pig health and economic impacts are reported globally. Although PRRSv was first detected in U.S. pigs 30 years ago, effective vaccines or drugs proven to eradicate this disease are not yet available.

Animal science researchers at University of Missouri and Kansas State University scored a major breakthrough against PRRSv in studies reported five years ago this December. Using a gene-editing tool called the CRISPR/Cas9 system, they produced pigs that are profoundly resistant to infection by the virus. Pigs can be infected by PRRSv because they have a specific gene (called CD163) that encodes a protein on the surface of lung defense cells (macrophages) that is critical for the virus to enter the lung cell and cause infection of the animal. Using the CRISPR/Cas9 system, “gene-edited” pigs were produced that lack CD163. The pigs were then placed in pens with control pigs (animals that still produced CD163) and all animals were challenged with a standardized dose of PRRS virus. In this key study, the control pigs became ill and showed clinical and tissue level signs of virus associated with acute PRRS infection, yet none of the gene-edited/CD163 “knock-out” pigs showed signs of illness, and tissue sampling demonstrated they were free of virus. Importantly, the fetus of knock-out dams is protected from PRRSv, demonstrating that resistance is heritable.

Subsequent studies by these and other investigators confirmed that the PRRSv-resistant knock-out pigs are healthy with performance characteristics similar to healthy, traditional pigs.

Why is this gene editing system so exciting?

First, when compared with selecting against disease using traditional selective breeding techniques, these studies show that the CRISPR/Cas9 system could be used to produce PRRSv-resistant pigs far more efficiently and quickly. Second, while it may seem like semantics, the CRISPR/Cas9 technique does not require insertion of DNA from other species into the pigs; instead, it selectively deletes the segment of the pig’s DNA that would encode for the CD163/PRRSv receptor. These findings have been extended by studies showing that it is sufficient to knock out only a very small portion of the CD163-encoding gene, and that CRISPR/Cas9 can be used to knock out genes in pigs required for infection by other important viruses that are difficult to prevent or treat, including TGEv.

Observations indicating that CD163 knock-out pigs appear normal in every other respect are also critical; preservation of pig health and performance as well as human food safety are all critical hurdles that will need to be cleared before PRRSv-resistant pigs can progress out of research laboratories and into the real world.

Genus, the parent company of PIC, is progressing the PRRSv-resistant pig under an exclusive license from the University of Missouri. In 2019, they formed a strategic partnership with BCA, a Chinese animal genetics company with high level expertise in pork production and experience navigating the regulatory approval process in China. Progressing an application for approval of a PRRSv-resistant pig through China’s regulatory system, where half the world’s commercial pork is produced and consumed and where losses attributable to PRRSv are even greater than in the U.S., is a reasonable strategy.

When will PRRSv-resistant pig lines be available for use in commercial pig production systems in the U.S. and other markets?

We posed that question recently to Steve Brody and Ernst Von Orsouw, leaders in the regulatory arm of Genus/PIC responsible for progressing this technology through appropriate regulatory channels in the U.S., China, and other markets. Based on their comments, it will likely be several years before we see pigs on the ground at commercial operations, and a lot of additional hurdles will have to be overcome first. At this point, they estimate that approval should be achieved first in the U.S. The findings described above, though extremely exciting, will need to be validated through repeated, large-scale testing. It will be critical to demonstrate, for example, that the edited gene is stable over time and across multiple breeding cycles, and has no long-term negative effects on pig health, growth characteristics or reproductive performance.

Will there be gene-edited pig lines made resistant to multiple diseases?

We explored the idea of “stacking” two or more gene edits (to achieve desirable traits) within an animal; say, include separate edits that would simultaneously confer resistance to PRRSv, TGEv and PEDv. For now, Brody and Von Orsouw noted that the focus at Genus/PIC is squarely on achieving approvals across multiple markets for the PRRSv-resistant pig. However, the technology clearly holds potential for being usefully applied to other important diseases that afflict pigs.

Since our interview with Genus/PIC, separate announcements issued by the USDA and FDA could have major implications for livestock producers and for the biotechnology community.

FDA also announced on December 14, 2020, the approval of the first-ever gene-altered pig. Patent approval was granted to Revicor Inc for the GalSafe® pig, which is gene-edited in a way that prevents alpha-galactose from attaching to pig cell surfaces, including edible tissues. People with alpha-gal syndrome (AGS, also known as Mammalian Meat Allergy) would be able to consume pork from alpha-gal pigs without suffering allergic reactions, which sometimes can be severe. However, due to cost considerations, a more practical role for these pigs will likely come in human medicine. Since tissue collected from these animals lack alpha-gal sugar which can cause immune rejection in some transplant patients, these gene-edited pigs could be useful in organ and tissue transplants and production of other critical medical reagents. GalSafe® pig thus becomes the first intentional genomic altered animal approved by FDA for use as both human food and medical therapeutics.

On December 28, 2020, USDA announced it would begin soliciting public comment on an Advanced Notice of Proposed Rulemaking (ANPR) aimed at transitioning several critical responsibilities of the animal biotechnology regulatory oversight process from FDA into USDA. This change, if adopted, would include much of the oversight governing genetically modified food animals, including PRRSv-resistant pigs. According to the proposed changes, USDA would continue to work closely with FDA to ensure the safety of these food products. It is generally agreed that U.S. pork and other meat producers would welcome the proposed changes which could lead to a more streamlined, risk-proportionate and predictable approval process for animal biotechnology products. However, there is no evidence this change in oversight responsibilities will occur anytime soon, if at all.

This article was conducted by the Michigan State University Extension pork team. 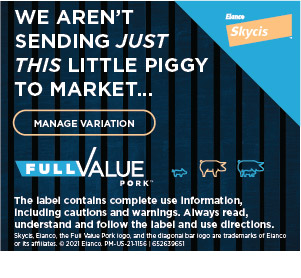