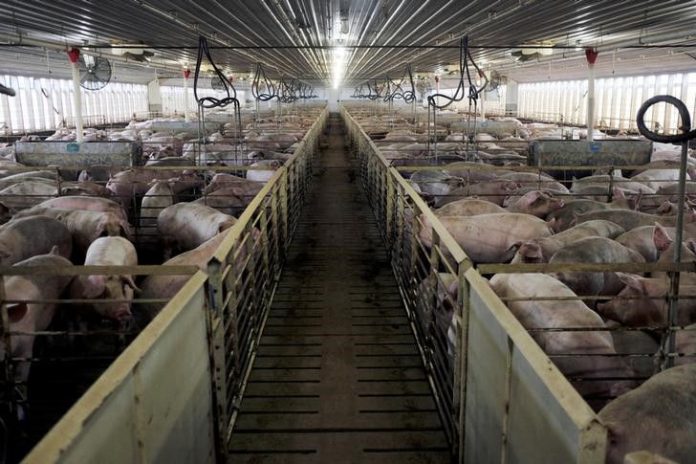 The U.S. Department of Agriculture (USDA) allowed three pork plants to increase processing line speeds this month as part of a trial program, reviving a policy that started under the Trump administration.

The approvals will allow meat companies to boost pork production when there are ample supplies of hogs. They also renew concerns about worker injuries and food safety at meat plants. read more

The USDA said it approved faster line speeds at Clemens Food Group in Hatfield, Pennsylvania; Quality Pork Processors in Austin, Minnesota; and Wholestone Farms Cooperative in Fremont, Nebraska. The companies did not respond to requests for comment.

Nine plants were eligible to apply for the trial program because they were previously able to accelerate processing under the Trump-era rule.

Line speeds are “unique” for plants approved for the trial program, the USDA told Reuters on Monday. The agency declined to provide the specific limits.

Plants approved for the trial program can operate at faster speeds for up to a year and are supposed to collect data on how line speeds affect workers.

The UFCW is comfortable with the program in plants it represents because companies agreed to increase staffing when line speeds accelerate to ensure safety, said Mark Lauritsen, the union’s international vice president for meatpacking. The union represents workers at Quality Pork Processors and Wholestone Farms.

The Biden administration has criticized the meat industry for being too concentrated and has tried to incentivize new, smaller meatpacking plants to increase output and lower meat prices. read more