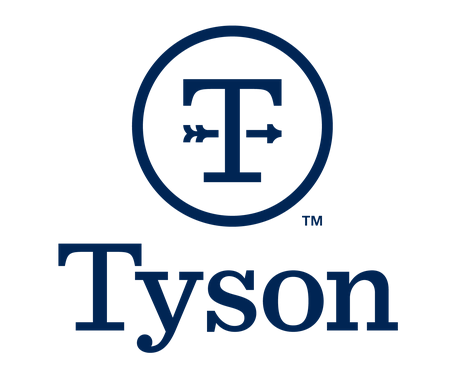 Tyson and an ex-production supervisor have reached a settlement in her suit alleging the meat processing giant illegally fired her for requesting a leave of absence and a shift change to ease her anxiety disorder symptoms.

Tyson Fresh Meat Inc. and Jacquelyn Veith notified the court Friday that they had reached a settlement to close the suit alleging the company violated the Americans with Disabilities Act, the Tennessee Disability Act and the Family and Medical Leave Act.

“The parties … notify the court they reached a resolution of this matter at a private mediation with Michael Russell and expect to finalize the settlement within 30 days,” the three-page joint notice said.

Veith sued Tyson in November 2019. She said in her complaint she started working for Tyson in February 2018 as a production supervisor where she oversaw production lines and supervised more than 50 workers.

She said she suffers from an anxiety disorder which can disrupt her sleep and her thinking and communicating abilities. Veith requested a leave of absence under Tyson’s policies from November 2018 through December 2018, and asked for extensions through February 2018.

Veith provided Tyson with a letter from her therapist, who said that she was showing progress and asked that it accommodate her with a normalized schedule, a limit of five working days per week and access to medical appointments when needed. Veith said she was called into a meeting with an assistant plant manager and the human resources manager, who said she couldn’t only work a five-day week.

She said that other supervisors were allowed to work a five-day week and during the specific shift she requested. Veith said she was discriminated against when she was terminated in late January 2018.

Tyson “refused to engage in an interactive process about her accommodation requests, and retaliated against her for requesting accommodation in the workplace,” Veith said in the complaint.

In November 2020, Tyson moved for summary judgment, which U.S. District Judge Eli J. Richardson granted in part in March 2022. He axed the Tennessee Disability Act and FMLA claims that Veith abandoned in the case but found that her ADA claims had legs.

Tyson argued that Veith attempted to skirt around an essential function of her job — working 70-80 hours and up to six days a week — through her accommodation request, which defeats her failure to accommodate ADA claim. Veith countered that her job description does not dictate this amount of work as a requirement and that the plant could have accommodated the five-day limit through a rotation schedule.

Judge Richardson said Tyson did not put forward enough evidence to demonstrate that working 70-80 hours and up to six days a week was an essential function of Veith’s job, moving her failure to accommodate claim forward.

Her ADA discrimination and retaliation claims also moved forward after Judge Richardson said that a jury could find that the reasons for her firing were pretextual based on the evidence she presented.

Heather Collins, who represents Veith, told Law360 Tuesday she is pleased the parties reached a resolution.

“In this case, the judge issued a thorough and significant decision regarding Ms. Veith’s claims that helped provide a new perspective on the issues,” Collins said.

Representatives of Tyson did not immediately respond to requests for comment.