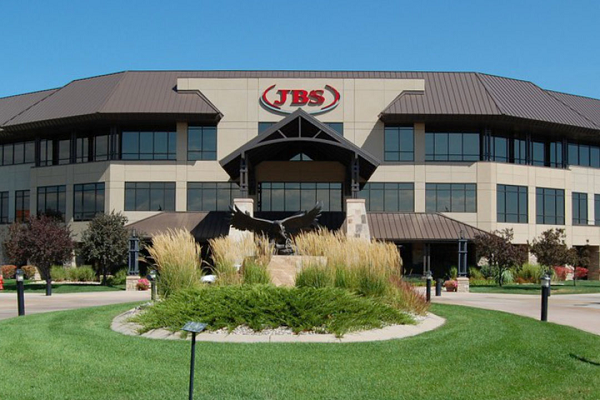 The two Micronesian nationals boarded a plane to the United States believing that they would be able to find work there and send money home to their families.

But when they landed in Kansas City, Missouri, according to federal prosecutors, they found a different reality. They were able to work at an Iowa meatpacking plant, but under conditions that amounted to complete servitude to the two fellow Micronesians who arranged and paid for their travel.

On Wednesday, those individuals pleaded guilty to federal charges related to what prosecutors say was a scheme of systematic human trafficking and forced labor. Nesly Mwarecheong, 46, and Bertino Weires, 51, each pleaded guilty to two counts of unlawfully depriving the victims of their passports and other key documents. The U.S. Attorney’s Office announced the pleas Thursday.

“These defendants used the allure of jobs in the United States to entice the victims, and then exploited them and profited off their hard work,” Kristen Clarke, an official with the Justice Department’s Civil Rights Division, said in a news release.

According to court filings, Mwarecheong and Weires, who live in the United States, encouraged the two victims to travel to the U.S., purchasing them plane tickets and sending them money to obtain passports. When the two arrived in December 2019, however, Weires and Mwarecheong confiscated their passports and other identifying documents and told them they were indebted for the amount spent on their travel.

What that meant, for nearly a year, was that the two victims were isolated, kept dependent on their hosts, and forced to turn over nearly all of their earnings, even after they’d repaid far more than what Mwarecheong and Weires had spent on their travel.

In February 2020, according to the plea agreements filed Tuesday, Mwarecheong and Weires took the two victims to the JBS meat processing plant in Ottumwa, where Weires filled out employment applications for them. The two were hired and worked eight-hour shifts, six days a week, with weekly pay usually between $800 to $1,000. But each week Weires or Mwarecheong would take them to cash their checks and keep nearly all of their earnings, leaving the victims usually with only $20 for themselves, the prosecutors said.

Neither Mwarecheong or Weires were employed by JBS, according to court filings. The company did not immediately respond to a message Thursday seeking comment.

Formerly administered by the United States, the Federated States of Micronesia remains associated with the U.S. and its citizens are authorized to travel and work in the U.S. under a treaty between the two countries. The nation has previously raised concerns about the treatment of its citizens in Iowa meatpacking plants, sending a formal letter in 2019 to the U.S. State Department alleging possible misconduct at the Seaboard Triumph Foods plant in Sioux City.

Prosecutors noted in court filings that the two victims in the Ottumwa case spoke no English and had limited education. Weires and Mwarecheong also limited the pair’s contact with their families in Micronesia and others outside the home, forcing them to comply “or risk being homeless and without a means of supporting themselves in a foreign country where they did not speak the language and had no means of returning home,” according to the plea agreements.

A June 2021 indictment says one of the victims was able to escape in May 2020 and returned the following month with Ottumwa police, but the defendants still refused to turn over his passport and Social Security card. The second victim also was eventually able to leave with assistance from police and was placed in a hotel, only for Mwarecheong and Weires to find him there and again take his passport, Social Security card, phone and about $4,500 that he had earned.

In addition to the charge to which they pleaded guilty, Mwarecheong and Weires were indicted on charges of forced labor and conspiracy, which will be dismissed under the plea deal. The two are scheduled for sentencing in February and face up to five years in prison.

An attorneys for Mwarecheong could not be reached Thursday for comment. Attorney Al Parrish, representing Weires, declined to comment, citing the upcoming sentencing.