Background and the Basics

Over the years, New Standard has constructed countless tunnel ventilated barns and has engineered the remodels of many others. Truthfully, ventilation for livestock housing is part of the DNA of the New Standard Group as that is what we focused on in our early years. Things have changed a lot since that time and the Group has expanded greatly, yet ventilation engineering is still something we love to do and love to discuss.

Tunnel ventilation is used in Canada, but it is more common in the US. Where it fits the climate, large fans in some form of tunnel configuration are common for both hogs and poultry. The reasons for this are simple really; larger fans provide an efficient means of air exchange both in terms of capital and operating costs. As you move southward, the increased ambient temperature range allows more flexibility with less precision.

Tunneling a barn has been seen as a logical option for a greater length of time in swine than in turkeys; especially in the northern states and Canada. There are multiple factors that contribute to that but ultimately, the problem for turkeys 20 years ago was that the guys promoting tunnel ventilation in turkey barns just didn’t understand that the reasons for tunneling turkeys and therefore the engineering was very different from hogs. Let’s take the time to understand the difference.

We Have a Need for Speed 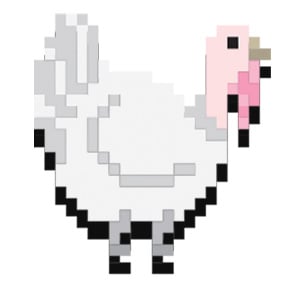 In 2007, roughly a year after New Standard incorporated, things changed for turkey producers in the Dakota region. It was at that time that a gentleman by the name of Mike Czarick, a poultry extension engineer, from the University of Georgia started to gain the attention of producers (and myself) with his discussions about tunnel ventilation for turkeys. With the knowledge that Mike brought to the region in combination with properly applied engineering for the climate, things really took a dramatic turn.

What had been missing from all previous attempts at engineering a well-functioning tunnel barn for turkeys was one simple difference. With hogs, tunnel ventilation is applied as an efficient method of air exchange and the math was based on that need only. Turkeys, however, are gifted with a feather blanket they wear year-round. Although we must change the air in a barn in 60 seconds or less, air exchange is not enough, wind chill must be achieved when ventilating turkeys. Once that dynamic was introduced, it was off to the races for us guys who like to geek out about doing things the right way and seeing the success when complete.

Let’s break it down a bit. I’m writing this to explain what makes turkeys different when it comes to tunneling so I’ll largely focus on that for the remainder of this blog. (The principles mentioned here also apply to broiler chickens but as turkeys are what we do in the Dakotas, I’ll use that as my common reference.) As mentioned, with hogs, air exchange is the sole factor that determines the amount of fan power needed but with turkeys, there is a need to achieve both the right base of fresh air and cool the birds with wind. Stated simply, to properly cool a 50-pound utility tom down, the air speed must be able to average 650 FPM (feet per minute) across the width of the barn when the fans are all running. For those who like to think in MPH, you can simply divide FPM by 88 so 650 FPM would be about 7.4 MPH wind speed. This air speed is never really seen in a hog barn.

Making the Math and the Money Work

Now, I’ve talked about the need for speed in a turkey barn and one could be forgiven for thinking that it sounds easy to calculate that. Some of the math is simple, area of cross section x 650 FPM should tell you what need for CFM, right? Well sure, but not so fast. Now, a person must calculate the correct opening and that has a couple of considerations as well. We want to ensure we bring the air in efficiently so that we don’t have a pressure loss leading to reduction in fan performance but there is such a thing as too much opening or poorly positioned opening as well. We’ll not delve into all of that as I’m limited on word count but briefly, one of the other key things we consider when calculating the correct opening is the air speed we want to pass through that opening because if done well, we can greatly reduce the flying insect pressure on the barn. In short, a high enough air speed at the opening can repel flies, etc from coming near enough to enter.

Another factor when spec’ing all the equipment, (fans, tunnel doors, controls), is what does the length of the barn do to the pressure drop and how will that affect fan performance. In the best-case scenario, we’ll likely see a .08-.10 in/w.c. pressure change from the tunnel opening to the face of the fans. This in combination with the pressure drop at the opening itself, must be factored in. When we start to discuss a pressure at the face of the fan that may be on the wrong side of .15 in/w.c., the Bess Lab report on fan performance becomes critical.

I’ve touched on some key elements of consideration when we do the engineering. It will have to wait for another day or perhaps a podcast to really delve into everything else we factor in. Topography and wind pressures are very important. Quality of water that can be used for evaporative cooling will determine what type of misting or sprinkling is added. Is it possible to use the gable for some opening or do we just do the sides? (That one is a bigger deal than anyone realizes). What does construction style and materials do to our calculations? What type of control is going to make this work as good as can be? This list isn’t comprehensive, but I hope it helps explain how we’ve evolved to the point we are at these days.

The list of successfully tunnel ventilated turkey barns has grown satisfying long for our Group. While we take some pride in this, we never want to rest on the past. Our name requires that we constantly push to be better, to advance ideas and ensure that our clients and friends get the best we can give them.

There will always be new things that can improve how a barn performs. I do believe that one of the next big steps in improvement will be the full application of cool cells in combination with tunnel ventilation. This has been done to some extent with poultry in other regions but has yet to be adopted for large turkey finishing. The time for that is coming soon and the results will make it worth it.

Let me close this blog out with a question. Given the calculations that I’ve mentioned, what are your thoughts on the most efficient barn size? The answer probably won’t be a surprise but if you want to talk it through, stop in for a cup of coffee or have me drop by to discuss; it’s a topic I love to dive into.

Reliable backup systems are no accident.