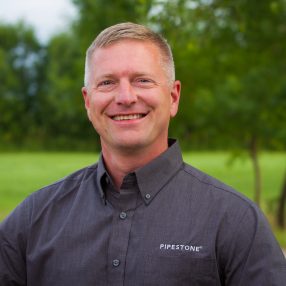 We’re in the middle of a slow moving train wreck and are faced with doing things we never conceived of doing.  Some economics are worth weighing as we approach drastic actions.  You only have so many spaces.  If pigs must leave your production pipeline, then which pigs?

Today’s fat hogs have all the costs sunk into them.  A pig you’ve spent $160 dollars to make may already be set to sell for a loss, but likely still has significant value if you can eventually sell it.  That clock is ticking and depends almost entirely on your ability to slow their growth down as you scramble for loads.  As barns approach higher weights, the pigs’ value drops to zero.

Meanwhile, they are displacing weaned pigs that will have value at marketing, 160 days from now.  That value may turn out to be very high as they go to market late this year.  Simple forecasting of the crush will allow you to crudely calculate a profit.

The cost of a weaned pig will vary.  A producer buying open market weaned pigs for $5 will have a $30 profit advantage over a producer buying pigs with a fixed cost $35.  Even more dramatic, if your pig has active PRRS, then you might add $15 cost due to disease burden.

Unknowns of supply and demand:

Meat surely will gain in value.  Pigs may not, if supply continues to exceed demand.

Let’s say 1,000,000 fat hogs leave the national pipeline by euthanasia (now) to make room for 1,00,000 weaned pigs to be placed.  In that scenario, the value of the weaned pig is much less compared with a scenario where 1,000,000 weaned pigs are euthanized or aborted.  In a future where packing capacity gradually returns to somethings less than what we had a few months ago (which was already tapped out), pigs may still not be profitable.  This would be true if the supply of fat hogs in December does not shrink relative to a new, reduced kill capacity.  Conversely, if significantly fewer weaned pigs are placed today, then the profit potential may be very high in six months.

If you can crush a profit, is that amount more than the value of the pigs occupying your barn today?

The values will vary massively between producers, but the math is the same.

It will be of supreme importance to slow down current growth and to recognize when they have become unmarketable.

This you have in your control.

It will be of great advantage to know which pigs have been removed from the national pipeline (weaners vs. fat hogs) to determining what 2021 actual demand will end up being.

This you can only observe and estimate.