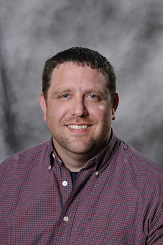 I have been working on a renewable energy related project recently, so I’ve been thinking a lot about the environment and sustainability. I believe there is a major disconnect between the agriculture industry and the public on what sustainability looks like. When attention spans are short and visual media is the dominant form of communication, the way things look matters…a lot.

In many ways, the public has been presented with a one-sided view of sustainability that focuses almost exclusively on inputs. They think of how much energy a light bulb consumes but fail to consider how much light it produces. They think of how much fuel an airplane consumes without considering how many people it is moving. When it comes to agriculture, they envision a small-scale farmer in a floppy straw hat and overalls doing things by hand in a pastoral setting. They imagine there’s very little in the way of environmentally damaging inputs and that if everyone could buy their food from someone like the imaginary fellow in their minds, that the world would be a much cleaner place. Oftentimes, we in agriculture counter this mentality by arguing that we can’t feed the world like that…that millions of people would starve to death if we raised all our food in this way. While that’s largely true, it misses the opportunity to point out another truth…that even if we could feed the world that way, it would almost certainly result in more extensive environmental impact, not less.

This type of input only thinking fueled the now debunked idea that we should focus on “food miles” to reduce the environmental impact of our food. The logic was that food that needed transportation, especially over long distances, would result in a larger carbon footprint. That sounds reasonable; like many over-simplified environmental messages, it’s a compelling narrative. One might even call it common sense. The problem is that it’s wrong. People tend to over-estimate the impact of transportation and underestimate the impact of production efficiency differences.

The methods we use to transport most food are actually quite efficient which reduces the environmental impact per unit so the transportation is less environmentally impactful than one might imagine. The differences in efficiency on the production side, however, can be shocking. Raising crops on smaller farms and in areas not ideal for production of those crops results in dramatically lower productivity. That means while you might have fewer inputs, you also have fewer outputs, oftentimes dramatically fewer. The result is that it is most often better for the environment to grow and raise products in areas best suited for their production and then transport those products to consumers.

So, what does environmental sustainability really look like? It looks like large scale, specialized production that takes full advantage of technology. Scale is important for two simple reasons. The first is that large scale farms are more efficient. That doesn’t mean that small scale farms can’t be efficient (some are), it just means that small scale farms, on average, are overwhelmingly less efficient than their larger counterparts. It also doesn’t mean that larger is always better. In some cases there is a threshold where larger farms can become less efficient but that is far beyond the size we would consider small scale so that discussion is not really comparing small versus large scale but different sizes of large scale production. The second reason scale is important is related to technology which we’ll discuss in a moment.

Specialized production is important as well. When we focus on one thing as opposed to three or more things, we tend to get better at the one thing faster. We’ve seen an explosion in livestock and poultry productivity since the move away from diversified operations to specialized operations. We even see this within species where producers focused exclusively on different phases of production. In the mid 1990’s, the US pork industry began a transition to multiple site production where pigs were moved from one farm to another with each farm focused on a specific phase of production. This allowed a level of focus previously not possible and this contributed to an explosion in productivity that has resulted in 5.8 million metric tons more pork produced in 2020 compared to 1990 with almost 400,000 FEWER sows according to data from USDA FAS. That’s an almost 200% increase in pork produced/sow. There are many reasons for this efficiency improvement, but multi-site production and the specialization it allowed is a big part of it.

Finally, leveraging technology has been and will continue to be a key component of environmental sustainability. Many of these technologies are inaccessible to smaller scale producers for a variety of reasons mostly related to access to capital and volume issues. For example, a large swine farm might have the opportunity to install an anaerobic manure digester but a small farm wouldn’t have the necessary volume of manure to make it practical nor would they likely have access to the capital to build the digester in the first place.

Other technologies, even those accessible to smaller producers, have been actively avoided by many of the same people that claim to advocate for environmental sustainability. For example, it has been well documented that organic production is significantly less efficient than conventional production methods and in many cases that creates an obstacle to environmental sustainability that can’t be overcome. I spoke recently to an organic soybean farmer about his operation and he told me his yields are at least 25% less than they would be under conventional production. A study out of Sweden found that organic winter wheat yields were 70% lower for organic production compared to conventional. Research from the UK has indicated that a wholesale shift from conventional to organic food production would reduce the food supply in England and Wales by 40%. A misguided emphasis on organic production, based in part on the mistaken belief that it’s better for the environment, is actually hurting the environment.

Before I wrap up, I want to be clear about one thing. I am not in any way opposed to alternative methods of production. Small scale production, organic production, local production and pretty much every other type of production all have their places. They all have viable markets and I couldn’t be more supportive of producers serving these markets. In fact, I think alternative producers have an important role to play in our industry providing entrepreneurial innovation and thought leadership on a variety of topics. It is critical, however, that all producers recognize the advantages of large-scale production practices in providing safe, nutritious food to the world at a reasonable cost and with minimal impact on the environment. We can point out the relative advantages and disadvantages of our production methods, but attacking each other supports damaging narratives, creates confusion among consumers and makes achieving our shared goals more difficult.

In many ways, the real picture of what sustainable production looks like is the exact opposite of what the average person thinks. These misconceptions have real consequences. They work to promote practices that make achieving sustainability goals more difficult and demonize practices that can be part of the solution. As an industry, those of us in agriculture need to be aggressively working to dismantle these inaccurate pictures and replace them with realistic visions of an environmentally sustainable future. The longer we wait, the more ingrained these compelling, but false, narratives become.