[Greene County IL, Feb 20] – China’s financial markets resumed Thursday February 18 in the Year of the Ox after a week-long close in observation of Lunar Chinese New Year. In China, Spring Festival is an official holiday where all workers are entitled to seven days of annual vacation time. 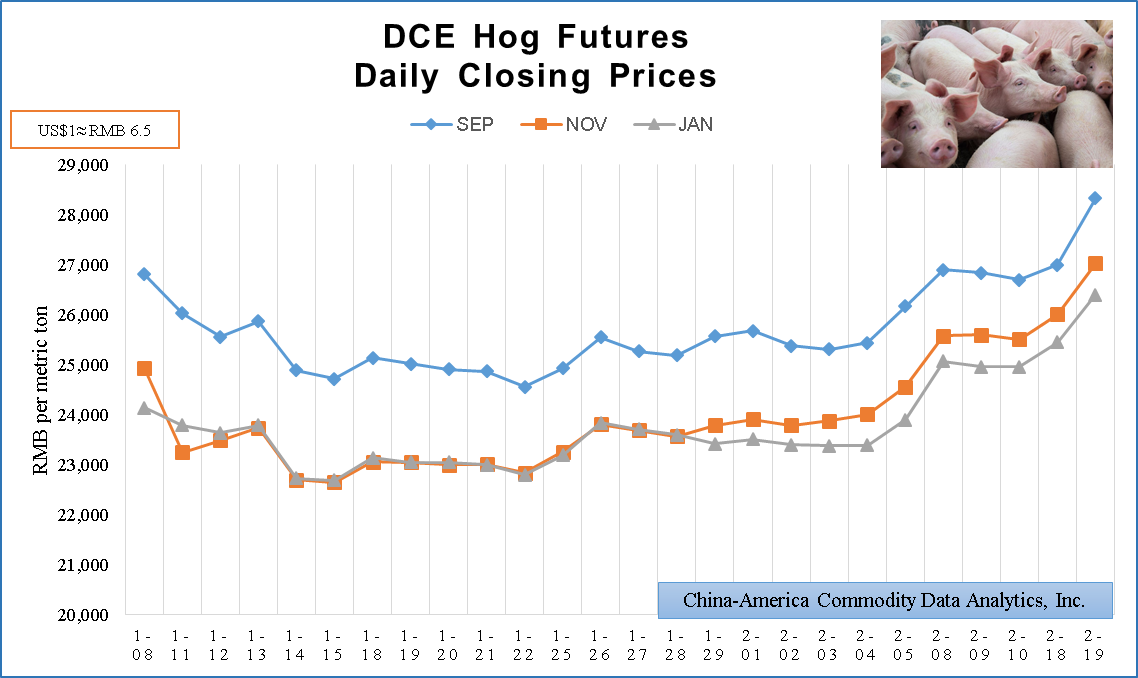 Over the past month, hog futures have been trending up with the resurfacing of African Swine Fever (ASF) cases in China. As cash hog prices dropped in January unexpectedly, ahead of the Chinese New Year peak season, farmers accelerated the sales of hogs and sows. The latter would result in fewer piglet births in the coming months, and reduced market hog production this year. The compound effect gave strong support to futures prices.

Although China’s total hog supply may come under original forecasts, stock market indicates that large producers would grow hog inventory rapidly and gain market shares at the expense of smaller farmers. With more hog sales at a higher expected price, the 31 hog firms listed in China’s stock market rallied 2.2% Friday, and reached a market capitalization of RMB 1.5 trillion, equivalent to US$246 billion. 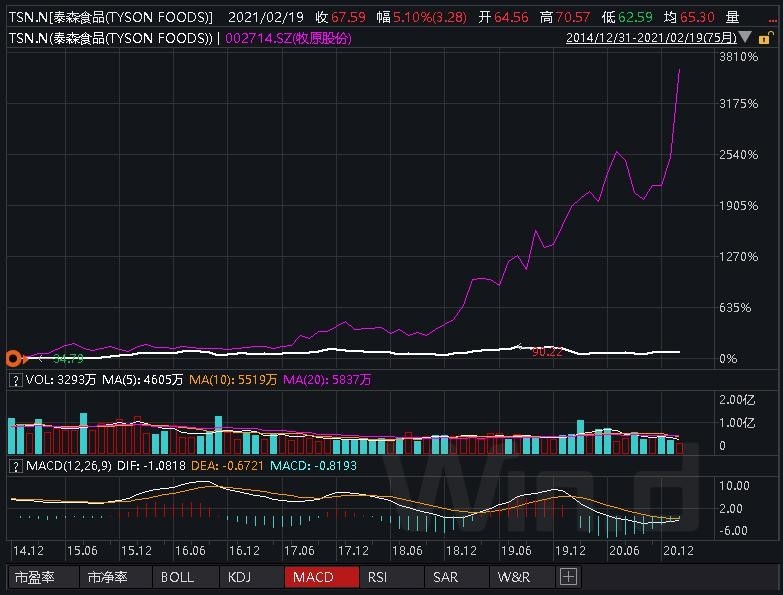 New Hope Group (000876.SZ) is the largest feed processor in China. In 2020, it sold 24 million metric tons of feeds, of which 7 million tons was to feed its own chickens and hogs. The Company is China’s fourth largest hog producer and sold 8.3 million hogs last year, up 134% from a year ago.

Haid Group (002311.SZ), based in southern Guangdong Province, is China’s third largest feed processor with sales of 14.7 million tons in 2020. It also built a large hog production business and sold nearly 1 million hogs in 2020. Haid branched out into animal health and food services. The stock trades at a whopping 55.4 P/E, making it bigger than New Hope Group (16.4 P/E) by market cap.

Tongwei (600438.SH) is a Sichuan-based feed processor. It also has a fully owned subsidiary that produces solar photo voltaic products. With Hog and New Energy the hottest chases in the stock market, Tongwei is trading at an even higher P/E ratio of 61.6. You may scratch your head about the possible relationship between hogs and solar panels. There is none. Many US conglomerates owned totally unrelated business lines in the last century. This practice is still very popular in China.

Today, I want to spend time to discuss Wen’s Group (300498.SZ), who fell from the grace as China’s long-run top hog and poultry producer last year. Wen’s was founded in 1983 by Mr. Wen Beicun, a village bookkeeper, and six farmers in rural Xinxing County in Guangdong Province. The startup capital was 8,000 yuan.

From its start, Wen’s Group contracts out poultry production to local farmers. The Company provides chicks, feeds, animal health products and technical support to farmers, who builds their own chicken farms and raise chicken for Wen’s under contract. In this “Company + Farmers” business model, Wen’s pays farmers a specified amount for turning over healthy grown chicken. In addition, it distributes part of the profit to farmers when the market price is profitable. This model is being hailed as a great invention to build wealth in rural farming communities.

By leveraging farmers’ land, labor and capital, Wen’s quickly grew into one of the largest chicken producers in China. Built on its success, Wen’s began raising hogs in 1997. It adopted the same “Company + Farmers” model as with poultry production. By 2018, Wen’s generated 59% of its sales from hog production, outgrew poultry’s 39%. The Company also branched out into duck and dairy production. In comparison, Muyang focuses on hog production since Mr. Qin Yingnian started the company in 1992 and now still derives 99% of its income from hogs.

The founder’s common-wealth philosophy also reflects in Wen’s ownership structure. In 1993, the company started offering employee stock ownership plans to all qualified employees, with the stocks being held by its workers’ union. By December 2012, prior to Wen’s IPO, a total of 6,789 employees owned 49.57% of the Company. In comparison, Mr. Qin owns 39.76% of Muyuan, and his wife Qian Ying, another 1.23%.

Today, the original seven founding families owns 23.53% of Wen’s Group. The largest individual shareholder is Mr. Wen Pengcheng with just 4.08%. He is the founder’s second oldest son and served as the Company’s chairman from 2012 through 2017. Wen’s Group is currently led by Mr. Wen Zhifeng, Chairman of Board since April 2007, and previously its CEO. He is the younger brother of Mr. Wen Pengcheng. 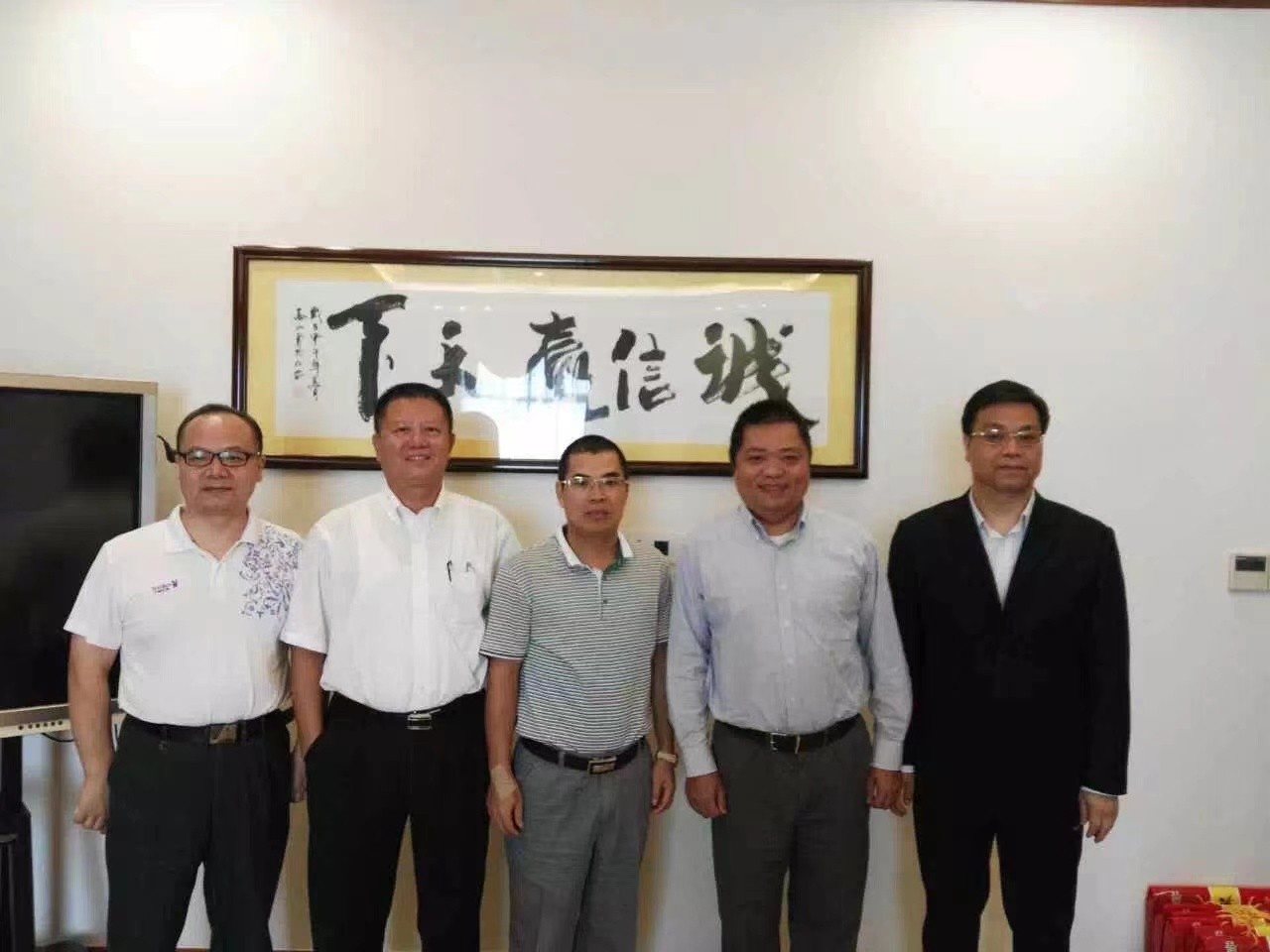 (Mr. Wen Zhifen, Chairman of Wen’s Group, is at the center of the photo)

Wen’s business model came under attack when African Swine Fever broke out in China in August 2018 and spread throughout 2019. The Company’s tens of thousands of contract farmers were more vulnerable to the virus, and as a result, a large portion of sow inventory was wiped out. The impact worked its way downstream to market hogs the next year. In 2020, Wen’s hog sales were down 48.4% to 9.55 million and it gave up its top hog producer title to Muyuan. Wen’s stock price was also cut in half, from the historic high of RMB 37.33 to 18.81 at today’s closing. 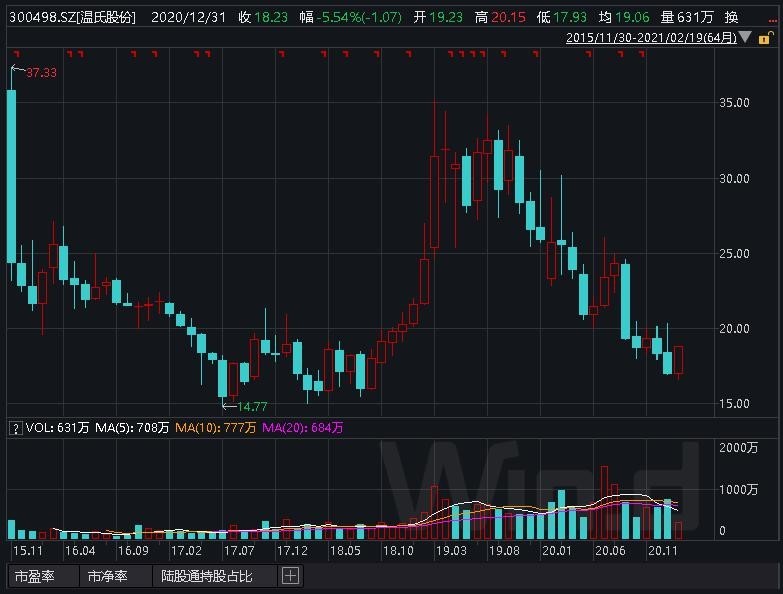