Should US pork producers strive to produce an influenza-negative pig? Yes, said Montserrat Torremorell, DVM, PhD, if they want to see the benefits of increased productivity, reduced secondary infections and antibiotic use, reduced influenza dissemination, decreased influenza diversity and reduced risk of zoonotic infections. Torremorell, a professor in the Department of Veterinary Population Medicine at the University of Minnesota, shared her views in a presentation at the 2020 American Association of Swine Veterinarians annual meeting held earlier this year.

“Piglets are born without influenza — it doesn’t cross the placenta, so when they’re weaned they often go positive,” she said. “We want to decrease the likelihood that they’ll get infected.”

The first step is to properly monitor the pigs to determine status, she said, noting “a process-driven mentality” is necessary. It’s also important to recognize the variability inherent within and between groups of pigs, she noted.

Seasonality is also a factor. “December to May is the seasonal pattern, even though influenza can be circulating in a facility year-round,” she said.

The USDA Animal and Plant Health Inspection Service explains there are many different subtypes of influenza A viruses. These subtypes are classified based on a combination of two groups of proteins on the surface of the influenza A virus: hemagglutinin or “H” proteins, of which there are 17 (H1–H17), and neuraminidase or “N” proteins, of which there are 10 (N1–N10). Many different combinations of “H” and “N” proteins are possible. Each combination is considered a different subtype, and each subtype can be further divided into many distinct strains, which can make control that much more challenging.

A comprehensive, process-driven approach is necessary for any control program to be successful, Torremorell pointed out. Primary factors to consider include sow vaccination, pig and sow movement, people and fomites, and gilt introduction.

Sow vaccination: Vaccination of sows can reduce influenza in weaning-age pigs, Torremorell said, however, the influenza virus is very diverse. As a rule of thumb, vaccination decreases the level of infection.

“We saw a decrease from 7% down to 2.5% with the use of one vaccine,” she said. “Where vaccination wasn’t used, influenza was significantly higher.”

Pig and sow movement: Influenza can transmit rapidly, Torremorell said. If pigs come into contact with contaminated surfaces and aerosols, they’re susceptible to contracting the virus. In addition, cross-fostering and nurse sows can contribute to spread, she said.

“If there isn’t good immunity, pigs will transmit influenza rapidly when they’re moved,” Torremorell said. “Even if you’ve used a good vaccine, there is still the likelihood of transmission when you move pigs. In fact, it’s not uncommon to see 100% of the pigs infected at weaning.”

“I used to say influenza was a disease of the second week of age, but in some farms it’s much sooner than that and I think it has to do with movement,” Torremorell said. “When there is influenza at the farm, the chance of getting it is very high, so the intervention time makes a difference.”

There is also viable virus in the udder skin of sows, which has implications for nurse-sow management, she added. Adopted pigs became infected more rapidly than control litters in research studies.

“We also saw piglets infecting the sows, which emphasizes the importance of identifying where the virus is,” she said.

People and fomites: Biosecurity procedures should include segregation of materials and changes in personnel protective equipment (gloves, boots, etc.), Torremorell said. Be mindful of the risk of people introducing new strains. Seasonal flu vaccination of farm workers is recommended.

Gilt introduction: If the gilts are positive upon entering the farm, you’re more likely to wean positive pigs, Torremorell said.

“Test, isolate, vaccinate and be mindful of movements,” she said.

“Increase sow vaccination, decrease exposure in terms of movement in the farrowing rooms, and do regular surveillance,” Torremorell stressed. “Maintain a process-driven mentality if you really want to have influenza control, because we see variation over time.”

Continually remind employees of the important role they play in controlling influenza, she added. The virus can change, and new strategies will likely need to be implemented. 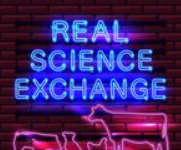 Podcast: Insights into a Common Goal- Stopping the Spread of African Swine Fever