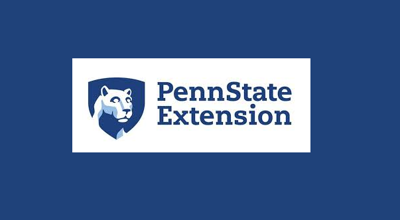 This article gives an overview of the basics of reproductive herd management in pigs.

Skip to the beginning of the images gallery

Pig reproduction is an adventure for most new swine enthusiasts. Often, the excitement of fruitful events, such as the birth of a litter of many new piglets, is often paired with a frustrating struggle of how to actually bring a gilt into season for her first breeding. In this article, you will find an overview of swine herd management, including typical markers of performance, different breeding and farrowing management systems, puberty (maturity for breeding), and techniques for breeding.

The reproductive herd is for the multiplication of maternal and paternal lines that are prized for economically valuable reproductive traits, or, traits that generate desirable offspring reliably. Typically, prized reproductive traits include litter size, particularly total number of pigs born, and pigs weaned, weight of the litter of piglets at birth and weaning, wean-to-estrus interval (WEI), and pigs per sow per year (PSY). In more recent years, length of time a sow remains productive in the herd (longevity or survivability) is increasing in priority for major genetic lines. These traits are prioritized due to the impact on value of the sow to the herd.

Commonly, these records are collected to measure productivity in the reproductive herd can be defined as follows:

Management of the reproductive herd is commonly conducted with a combination of closed herd genetic approach, where genetics are maintained from stock on site or through purchased sows, boars, or semen through breeders, live auctions, or boar studs. Producers with large numbers of pigs often work in a contract with a swine genetics company. Ultimately, all pigs feed into pork production in some fashion. However, when prioritizing genetic performance, it is good practice to keep either a portion of your total herd dedicated to prioritizing reproductive traits. Working with a consistent 3rd party source (breeder or boar stud) can help you achieve your reproductive herd goals.

All breeding systems require identification of nucleus females (those used for maintaining highly reproductive genetics), requiring close evaluation and selection program, and management of the genetic makeup of the herd. This focus on quality in the nucleus herd likely includes a dedicated gilt development program, that focuses on optimizing the rearing of the replacement sow through puberty before service. This herd should be managed differently than the terminal herd. The terminal herd focuses genetics and performance for the purpose of pork production. Crossbreeding systems offers several advantages to producers including maximizing heterosis (improved or increased function of any biological quality in a hybrid offspring), providing greater product consistency, it is easier to implement and manage, and typically prioritizes best use of genetically selected sire and dam lines.

In a batch operation, sows are organized into groups that allow mating and farrowing to occur at distinct intervals. Sows will farrow and be weaned in groups. Typically, farrowing happens in a narrow range of days, as all pigs were bred on the same day or within a very narrow (less than 1 week) time frame. Group sizes typically are dependent on the amount of space available for sows, including the number of farrowing rooms and farrowing stalls, as well as target weaning age for the offspring. This system often works best with small herds and becomes difficult to manage a true batch with a large herd. A batch operation system is one of the best management systems to adopt an all-in/all-out pig management system to prevent the spreading of diseases. In addition to this systems ability to prevent the spreading of diseases, personnel can pay more attention to sows and offspring on farrowing day, leading to improved piglet survival. Batch operations also improve efficiency for use of resources, which in turn improves profitability through improved growth rates, feed conversions, and health through reduced medical costs. However, this operation makes it difficult to manage females that recycle and is difficult to get returns (sows or gilts that fall out and need to be re-bred and returned to a new group) back into a group. Additionally, it is difficult to ensure that nurse sows will be available for extra pigs or fallback (runts or pigs that fail to thrive) pigs. Batch operations also have a high investment cost to implement.

In contrast to batch operations, in a continuous operation, breeding and farrowing are happening daily, or continuously, with no breaks. Mating, farrowing, and weaning are done on a daily basis and labor is spread out across all tasks. Typically, events are organized into weekly groups for moving sows through breeding, gestation and farrowing facilities. Sows are moved through these facilities on individual timelines, so the facilities are never completely emptied because pigs and sows are always moving through it. Due to this continuous flow, it is difficult to break a disease cycle unless large, segmented facilities are available to attempt to break the cycle. However, it is easier to manage the females that recycle and return them back into a group, while also creating an even flow of pigs and distribution of labor throughout the year, which is beneficial for companies that may be underutilizing their available staff.

Puberty in Gilts and Boars

The onset of puberty is the time point when both metabolic changes, such as hormone levels, and physical changes, such as body growth and fat accretion, lead to the achievement of sexual maturation. Once the first estrous cycle takes place, the gilt is now capable of conceiving and producing a litter. Gilts with an earlier onset of estrus have greater productivity once in the breeding herd. Notably, genetic background (breed type) has a substantial influence on the age of onset of puberty, however this influence can be quite variable across different herds and within the same herd. In most cases, a group of replacement gilts will reach puberty between 170-220 days of age.

Similar to the gilt, early onset of puberty in the boar improves breeding capacity. A boar is commonly put into service around 225-270 days of age, however, there are many factors that influence the onset of puberty in boars. Genetics play a significant role in the age of puberty in a boar, particularly, selection for larger testes, which is associated with improved sperm production.

Variation in puberty attainment in both gilts and boars is largely due to variation in physiologic age, which is a measure of how a body is functioning relative to actual age. Physiological age is dependent on genetics as well as environmental factors such as housing, nutrition, or exposure to the opposite sex or older animals. For example, gilts can ovulate in response to exogenous gonadotropin and estradiol after 100 days of age, however, this mechanism does not completely mature until after 160 days of age. In addition to this variation, and variation induced by care, the development of gilts and boars should be carefully recorded for any operation looking to improve herd reproductive performance.

Techniques for breeding sows are classified by semen delivery, these techniques can be referred to as: pen mating, hand mating, or artificial insemination. Pen mating refers to a method that allows a boar to run with females. Pen mating works best in a pen of pigs that are in various stages of the estrous cycle, as the boar is likely to find the sows in heat, but will not be over-worked by the entire pen showing heat at once. Pen mating, however, is difficult to keep good records on when a sow was serviced. Hand mating refers to a process that can be described as supervised natural mating. Similar to pen mating, a boar is utilized to deliver semen to the sow through natural cover. However, when using hand mating, one boar is penned with one sow, and the animal caretaker monitors the event, being sure to comingle the boar and sow repeatedly over 2-3 days and carefully recording each mating event. Finally, artificial insemination (AI) is the most commonly used technique by pig producers. Utilization of AI requires that semen be collected from the boar by a human handler. The semen is then processed and packaged, then shipped for use on sow farms. Boars that reside on sow farms are then used predominantly for heat detection, and secondarily (if at all) used for breeding. The primary benefit of AI is the ability to obtain choice genetics for low costs and to readily add genetic variation to your herd. Unlike a cattle herd, however, use of AI does not remove the need to have a boar on farm. Uniquely, reproductive performance of gilts and sows still benefits tremendously from having a boar on farm. Allowing interaction between a boar and sow for estrus detection is still considered a best management practice among pig producers.

Temperature, ventilation, aggression, body condition, and nutrition management are all very important aspects to proper care of the reproductive herd. Aggression management is of particular importance when housing sows in groups. While being social animals, pigs are traditionally aggressive towards each other when first placed in group housing or with new animals. Fighting is very common within the first 2 weeks of mixing (placing pigs in a pen together), and injuries can be severe. Keen focus is placed on minimizing severity of fighting, some producers choose to group sows by of similar age, size, or consistent breeding/farrowing group to mitigate the severity of fighting and reduce losses due to injuries. Gilts and young sows tend to be less aggressive than mature sows, many producers house them separately to minimize fighting in this susceptible group and improve longevity in the herd. Temperature, ventilation, body condition, and nutrition management of reproductive stock should also be closely considered, individually and as they interact with each other. As temperature changes across seasons, so will the need to adjust ventilation and nutrition. Body condition scoring is used to make these estimations, however it is only a tool and needs to be considered in respect to current diet, temperature, and ventilation status of the barn at any time.

There are many contributing factors into longevity, including genetics, the impact of development, body condition score, nutrition, and health. Generally speaking, longevity is prioritized as a target for herd improvement through genetic selection and animal development to breeding. Genetic selection for longevity focuses on reducing culling rates due to structural induced lameness and reproductive failure. Heritability for longevity, however, is fairly low, with studies reporting Landrace longevity heritability to be 0.13 and Yorkshire longevity heritability to be 0.16.

Gilt and boar development is also highly impactful on longevity of those animals through their productive time in the herd. However, little research is available on specific recommendations for gilt development, outside of prioritizing calcium and phosphorus in the diet for bone development. Some studies have reported gilts fed a higher energy diet during rearing may promote excessive weight gain and increased culling due to lameness, however, gilts with higher backfat tend to reach puberty earlier as well, further improving reproductive performance. Ultimately, while more research is conducted, good record-keeping on reasons for culling sows will move your sow herd performance closer to your reproductive goals.

Some of the records for culling are largely based on acknowledging why the pig was culled. Culling decisions can be classified in this manner:

This overview is just a taste of herd reproductive management for pig producers. Based on the goals of your program, this information should help guide you to begin planning your reproductive herd management program. For more information or assistance in building your program, see these Extension resources below, or reach out to Penn State Extension educators and specialists for assistance.