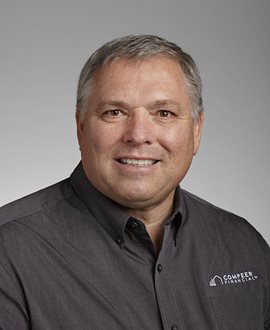 It seems everyone continues talking about pig inventories, whether or not pigs will continue to be backed up and potential capacity issues this fall. I, like everyone else on this topic, do have an opinion and by the end of this year we will have the answers.  With that said, I will share my thoughts on where the U.S. is with inventory numbers and backed up pigs.

I am not sure there is anyone that can dispute those numbers reported by the USDA and using the Hogs and Pigs report for expected growth.  Where the differing opinions come in is how many hogs made it to a secondary market, were given away, or euthanized?  In addition, how many pigs were never placed as farms implemented stricter culling procedures or aborted sows?

My best guess is that as of August 15 we were backed up 2.5MM hogs without taking into account the disappearance scenarios mentioned above.  From this, I am assuming 500,000 to 700,000 pigs were euthanized.  One thing you have to remember on euthanized pigs: it was very regional and much more prevalent in the upper Mid-West.  If all farms in the U.S. implemented aggressive culling strategies to decrease weaned pigs by 2.5% that would have a 1.22MM head of hogs impact on inventories over a four month period, leaving around 500,000 to 700,000 head of excess inventory today.

Next, take into account the secondary market pigs or pigs that were given away, that number could conceivably be below 500,000 head. That would leave us around one day of slaughter backed up.  Do I believe this is the number?  I’d like to, but no.  It’s important to remember that if only 50% of the pig farms participated in additional culling in the farrowing barn that would add 600,000 pigs back into inventories.  It’s anyone’s best guess, but with those pigs added back into inventories I believe the number to be around 1.2MM to 1.5MM pigs today.

The one area I didn’t discount inventories with is the culling of the sow herd. The reason I didn’t include any numbers from that is because liquidation has been slow and most sows that were ready to farrow a couple of months ago were likely farrowed.  Like I said, only time will tell.

Where do we go from Here?
What should the U.S swine industry look like going forward?  I believe that is the question every producer has to ask themselves, along with understanding the opportunities we have today.  It was only 14-15 months ago we all thought China would be the U.S. pork industry’s savior because they had to buy pork.  Well when I started my farm credit career over 22 years ago the rhetoric then was Russia was going to buy U.S. pork.  We all know how that ended.

Looking at China now, they have purchased a lot of U.S. pork, but at what cost?  Do we want to continue building a relationship at the expense of our equity?  That isn’t sustainable.  Long term I believe we need to continue to develop our export markets with reliable trading partners and decide how much do we want to rely on exports?  That too will play itself out, as we all know $70 cutout is not sustainable long term.

Unfortunately the pace of sow liquidation will do little to push those prices higher.  We may see a bump based on the practices mentioned above, but I can tell you that long term, as farmers, you all strive to get better and will not hold back production. The production numbers I see make that very evident!