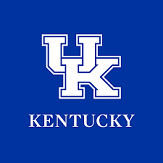 Introduction
The increased movement of swine production into confinement in recent years has led to a greater fixed production cost per pig. To minimize these fixed costs, producers need to maximize sow reproductive efficiency. This has dictated the use of planned farrowing schedules, hand mating practices and specialized breeding facilities. Swine breeding facilities offer the producer an opportunity to improve breeding herd performance by providing physical conditions which aid in controlled mating practices.

Animal Movement
Animal movement has been one of the major considerations in designing breeding facilities. However, most producers have developed methods of moving sows which will maximize their labor efficiency. Much of the difficulty in moving an individual sow out of a group in a pen is the physical movement of the gates. Some operators have indicated that the time of day has an influence on the speed of moving their animals, with sows being more lethargic during late afternoon breedings.
Boar movement in a confined breeding facility is less of a problem than sow movement. This is partially because the boar is moved less often, and also because the boars become accustomed to the system and are ready to move at the prescribed time. Obviously, younger boars initially will require more time to move to and from breeding areas.

Conclusions
The following conclusions were made after studying the operation of these four swine breeding facilities:
1.Sow movement is not a problem, even for a sow in estrus. While moving sows long distances may slow the mating process, it is not a limiting factor.
2.Boars quickly learn the movement sequence for mating and move rapidly to the mating area and back to their pen.
3.Animal movement should not require turning animals around in an aisle to save time. However, no problems were observed in turning animals in four-foot aisles.
4.Additional pens or storage areas must be provided to sort sows after the mating process. This can be eliminated in facilities using sow crates if the sows are returned to their crate after mating.
5.Systems using breeding pens with groups of sows and boars require more personnel during mating. Personnel should be available to protect the boar while he is mounted.
6.One person can generally handle only three to four boars in individual or group pens during mating.
7.Limited data indicates that five minutes per sow should be allowed for operation of breeding facilities.