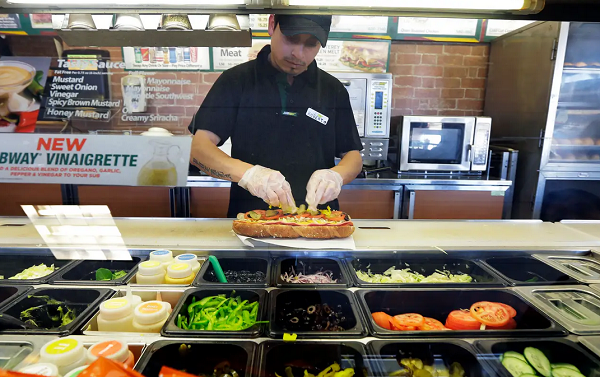 Subway has accused a group of leading US pork producers of taking part in a long-running illegal conspiracy to fix wholesale prices.

In a late-June lawsuit filed in US District Court in Connecticut, the chain said pork producers who control about 80% of the wholesale market in the US shared data that they wouldn’t in “a normal, competitive market.”

The price-fixing complaint centered on the statistics company Agri Stats, which was also named as a defendant.

Subway said the pork producers used Agri Stats to share information about “profits, prices, costs, and production levels.” Some of the information was forward-looking.

A Subway spokesperson told Insider that the lawsuit was part of its efforts to protect its franchisees.

“As small-business owners, our Subway Franchisees have felt the impact of artificially manipulated and unlawfully inflated pork costs for more than a decade,” the spokesperson said. “We are vindicating on their behalf the pork industry’s harmful, anticompetitive behavior.”

David Anderson, a professor at Texas A&M, said increases in pork production have kept prices from rising, even as exports grew in the last decade. Companies like Agri Stats allow pork producers to benchmark themselves against the rest of the industry, which has fewer independent hog farms than it used to.

“Some have argued that if you know that data, whether you know whose it is or not, you have the opportunity to fudge the numbers and then use that with your customers to justify higher prices — in essence, colluding to charge higher prices to your customers,” Anderson said. “So where does benchmarking and analyzing your business to improve your bottom line end and colluding to fix prices begin? I don’t know.”

The pork-processing market has become more concentrated over time, but “the economics of the pork market will make it difficult” for Subway to win the case, said William G. Tomek, professor emeritus at Dyson School of Applied Economics and Management at Cornell University.

“The margin between farm and retail has increased, but so have the costs of transporting, processing, etc.,” Tomek told Insider. “To prove that any of this increase is related to monopoly power would be difficult.”

Subway in its complaint said Agri Stats went out of its way to conceal its methods. The lawsuit included a 2009 quote from Agri Stats President Blair Snyder, who said in part: “We don’t advertise. We don’t talk about what we do.”

The complaint detailed the rise of pork prices after 2009, when the pork producers began using Agri Stats.

Prices had hovered around $1.40 per lb. in the decade before 2009, then “increased dramatically” after the companies began using Agri Stats, according to the complaint. Prices averaged about 28% higher, or around $1.80 per lb., in the following years.

Pork prices grew at a rate faster than other food products, driven by wholesale increases instead of retail increases, Subway said.

Subway’s lawsuit was filed by a wholly owned subsidiary: Subway Protein Litigation Group. The complaint said Subway overpaid for pork since 2009, but won’t know by how much until the lawsuit goes into discovery.