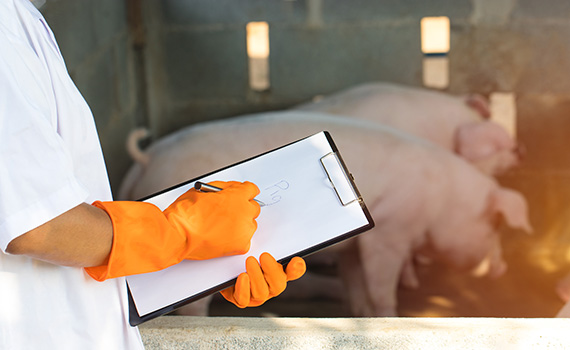 Keeping sow mortality rates in check is not only critical to a farm’s productivity and cost structure, it’s key to ensuring the public’s trust in the care and well-being of food-production animals. Yet in recent years, the US pork industry has seen sow mortality rise.

In 1993, the average annual mortality among US sow herds was 4.3%; by 2017, it was nearly 10%. Adding to the dilemma were increasing reports of pelvic organ prolapses (POPs), which began to surface around 2014.

According to the Iowa Pork Industry Center’s 2018 industry-wide, sow-farm survey, POPs accounted for 21% of total sow mortality. However, “unknowns” at 39%, followed by lameness and injury at 29%, remained the leading causes of sow mortality.

Panelists addressed how the US got here and what needs to be done during an industry roundtable, “Optimum sow care: Keys to improving well-being and longevity.”

In recent years, researchers, swine veterinarians and producers have all been committed to finding answers to address sow mortality rates, but it is a complex and multi-systemic challenge.

“We’ve seen sow mortality go up about a half a percent a year,” said Ron Ketchem, co-owner of Swine Management Systems (SMS). “I think a lot of it is a lack of training and lack of quality people to oversee the animals.”

Indeed, the panelists agreed that farm expansion and the push to meet breeding targets are two factors that can lead to the selection of questionable replacement gilts entering the breeding herd and then contributing to sow mortality.

But rising mortality trends are not about operation size. The SMS database, with more than 1.5 million sows, reveals that the higher-producing farms have less sow death loss regardless of farm size. “Their sow replacement rates are a bit higher. To get maximum productivity, they are only keeping the best animals,” regardless of parity, he noted. “But what else is going on that accounts for lower sow mortality on high-producing farms?”

Another trend within the SMS database is “a switch in mortality” to younger animals — parity 0 (P0) to P2 sows — with a death loss exceeding 40% today. Ketchem pointed out that culling rates for those early parity females also run close to 40%.

“Is it something we’re not doing or something we’re doing wrong regarding gilt development or gilt selection that’s setting these young animals up not to survive?” Ketchem asked his fellow panelists. “The older parities are the ones making it through the system.”

Brigitte Mason, DVM, Country View Family Farms, has seen a similar trend with P0, P1 and P2 sow deaths and culls in their system. In fact, the farm’s sow mortality doubled in 2019 from previous rates, prompting Mason to implement a “sow mortality initiative.” “We’ve also seen a good rise in what our farms are calling ‘sudden deads’; most occur either just prior to farrowing or 3 days after farrowing,” she noted.

That leads to the belief that those deaths are related to farrowing, Mason added. But when necropsies are conducted, there’s often a septic process occurring within the animal. “You’ll find fibrin and ascites. They’re animals that aren’t identified as off-feed or sick.”

While unknown causes, lameness and injury lead the list of reasons why sows die or are culled, it’s the POPs that grab attention.

“If we just took away prolapse, I think everybody on the farm would feel the mortality rate was back to normal, if not better,” said Ross Kiehne, DVM, who manages sow farms through the Swine Vet Center, St. Peter, Minnesota. “Then we could focus on lameness and sow care because on farms, they feel like they don’t have any control over the prolapses.”

Trying to identify any commonalities as to why POPs occur in a sow herd is universally frustrating. Jason Ross, PhD, Iowa State University, directs the industry’s Pig Survivability Project, which includes sow mortality research. He has been studying POPs for several years and relayed that a production system can have two sow farms a mile apart receiving gilts from the same flow of identical genetics, feeding the same diet from a common mill, housed in the same manner, yet have a very different POP incidence over a period of time.

“That’s extremely interesting to me and also frustrating.  POP is a very complex problem, and I don’t think there’s one positive agent that’s contributing to it,” Ross said. “It’s an equation that has additive and multiplying factors that affect the risk of prolapse. We just can’t quite figure out what all of those pieces are yet and how they fit together.”

When it comes to POPs, it is increasingly clear that the more insight research provides, the more there is to learn. To date, the most comprehensive account comes from Ross’s sow longevity project, which evaluated data from more than 100 farms across 15 states, including large production systems and independent producers. The researchers collected weekly sow mortalities for a year, beginning in early 2018. They looked for traits that were and were not associated with POPs, such as tail docking length and sow body condition. They collected individual measurements from about 5,000 sows on 62 farms.

“We couldn’t find any relationship between tail length and POPs.  We looked at the percentage of sows that were induced or sleeved during farrowing but could not find a relationship with prolapse,” Ross relayed. “We did not identify clear-cut causes, but we were able to identify correlations we could pursue from a research perspective.”

Among those was a relationship between sow mortality and body condition. Specifically, sows with a poor body-condition score (thin) in late gestation have a higher prolapse probability than sows with “normal or above” body condition.

Ross told the group that farms with a feeding strategy for sows with poor body condition in late gestation tended to have fewer POPs than farms without such a strategy. “Similarly, sow farms providing more than 5 pounds of feed during lactation prior to farrowing had fewer prolapses than those farms feeding less than 5 pounds of feed in lactation prior to farrowing,” he noted.

The study also revealed that perineal scoring was an effective predictor of POP risk. “We can identify 4% to 5% of the population that contributes 30% to 40% of POPs, before it happens,” Ross said. “For those sows, their rate of POP is about 23% as opposed to 1% to 2% for the rest of the population.”

A three-point perineal scoring system was developed (1 = low POP risk, 3 = high POP risk) as a research tool but can be easily applied in the gestation barn around week 15. In the study, the research team initially scored sows at 11 to 12 weeks of gestation but found little variation. It wasn’t until week 13 or 14 that the scores started to shift from 1s to more 2s and even beginning to see scores of 3.

“To me, that says the underlying case of prolapse during farrowing started 2 to 3 weeks before, when you could start seeing differences that were inconsistent changes in the perineal area,” Ross said.

Why is a sow with a perineal score of 1 a low-risk for prolapse?

As Ross told his fellow roundtable panelists, the sows that have low and high scores have differences in their vaginal microbiome — specific bacteria that occur at different levels in those sows. The challenge now is trying to determine whether any of those bacterial species are causal — an area for future study. The Pig Livibility Project website has a video further explaining the research linking perineal scores and vaginal microbiome.

Other points of interest

Water treatment system was another prospect that raised some interest related to POPs. Overall, farms with either chlorine-based or peroxide-based systems had fewer POPs than those without. “However, it’s important to remember that association does not equal causation,” Ross noted. Again, more study is needed.

John Deen, DVM, PhD, swine epidemiologist at the University of Minnesota, agreed that such correlations are interesting, but “the second part of the test is seeing whether or not the addition of water treatments actually reduces the prolapse rate. In the discussions I’ve had, we haven’t seen that yet — which either suggests it’s a spurious correlation or that water treatment reduces the likelihood of introducing a factor onto the farm,” he noted, “and of course we haven’t tested that yet.”

Mason relayed that on the sow farms she manages for Country View Family Farms, there has not been a significant difference in POPs among those with water treatment systems and farms without.

As for other correlations, Ross added that similar to POPs, when sows are euthanized due to lameness or those that die suddenly, there’s some unknown contributing process that has been difficult to identify at this point. “That’s going to require a little more investigation before mitigation strategies can be developed,” he said.

And identifying mitigation strategies to address any number of sow mortality risks is a universal goal.