Why is hunger an issue in sows? 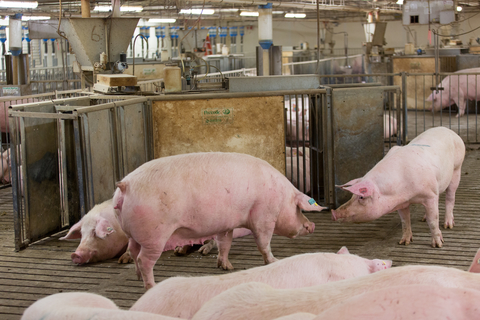 Hungry sows confined in gestation stalls develop unwanted behaviors including such as bar biting, sham-chewing and aggression. In group-housing systems, limited-fed sows sustain more injuries from fighting than sows that had enough food to satisfy their hunger.

Feeding high-fiber diets to gestating sows may enhance sow welfare during both gestation and lactation.

However, aggression can be assessed through skin lesion scoring because there’s a strong genetic correlation between aggressiveness and skin lesions in sows.