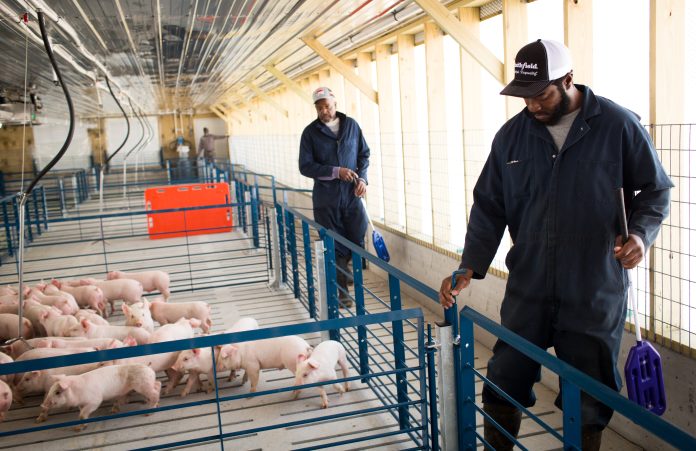 Short documentary outlines initiative from the perspective of family farmers, highlights importance of diversity, equity and inclusion in American agriculture.

Smithfield Foods, Inc. is pleased to welcome the first family farmers to participate in its new contract grower program to support Black and other minority farmers and diversify its hog supply chain. The program, developed to help address historic barriers disproportionally facing Black and other minority farmers such as access to capital and cost of capital, is outlined in a new documentary from the perspective of the Martin family, contract hog farmers for the company based in Wayne County, N.C.

The program is part of a $15 million Unity & Action commitment Smithfield has made to further diversity, equity and inclusion in food manufacturing, agriculture and education.

“Our position as a leading food company and hog producer in America is accompanied by tremendous responsibility to our many stakeholders, including our people and communities,'” said Shane Smith, president and chief executive officer of Smithfield Foods. “We recognize our responsibility to promote diversity, equity and inclusion in our industry through purposeful actions to pave the way toward a stronger, more inclusive agricultural future for our communities.”

The Martins, who own J & J Martin Farm Produce, are descendants of Harry Martin, a North Carolina man who escaped enslavement and enlisted in the Union Army during the Civil War as a member of the 135th United States Colored Troops (USCT). He returned to Wayne County and purchased land in 1883 that he later endowed to his children. His descendant, Larry Martin, has led farm operations for Martin Farms since 1986. In 2011, the family lost their ability to raise hogs after a weather event destroyed their hog barn.

According to the United States Department of Agriculture (USDA), minority farmers represent just 5% of farmers in America and less than 2% identify as Black. Smithfield’s new contract grower initiative to promote equity in agriculture has enabled the Martin family to return to their legacy of hog farming and will empower additional minority farmers to enter or re-enter the industry.

“As the events of 2020 initiated important conversations about race, justice and inclusion in America, we began to reflect on the fact that many of our farms were minority-managed, but not minority-owned,” said Steve Evans, director of community development for Smithfield Foods. “This sparked a larger conversation for Smithfield about what we could do as a leader in our industry to increase access to agriculture for Black and other minority farmers and help break through systemic barriers that are impeding their inclusion.”

Last June, Smithfield initiated its comprehensive Unity & Action program and proactively engaged the North Carolina Department of Agriculture and Consumer Services (NCDA&CS) to discuss how to promote access for minority farmers to the agricultural industry. The resulting grassroots program was developed gradually over the last year with input from numerous Black and other minority farmers and the NCDA&CS. The first phase of the program focuses the company’s efforts in North Carolina – home to Smithfield’s largest operational footprint and nearly a quarter of its U.S. employees – and will be expanded to include additional communities where its farms are located. By the end of the 2021, the company expects to have signed at least three more minority farmers to the program. 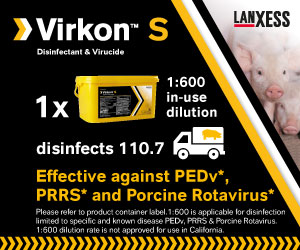