Workers at the Maple Leaf Foods plant in Brandon are calling for a two-week shutdown of the facility, where 70 people have been confirmed to have contracted COVID-19.

Workers have penned an open letter directed at Maple Leaf and the government of Manitoba.

They are demanding an immediate closure to implement a deep cleaning and for all employees to get tested for COVID-19. They also want all employees to be given job security and wage protection while the plant is closed.

“The desperation level of the workers is getting quite high. They feel that they’re being ignored and they’re very worried about themselves but also about their families,” said Diwa Marcelino, an organizer with Migrante Manitoba, which advocates for the rights and welfare of migrants and sent the letter to media on their behalf.

“Up to 10 families are now experiencing COVID-19 illness, so the situation is fairly critical.”

The letter comes as COVID-19 cases surge in Manitoba, particularly in the southwestern Prairie Mountain Health region, which includes Brandon.

Seventy-two new cases were announced Sunday, shooting past the province’s previous record of 42 new cases set on Saturday. Sixty-nine of the weekend cases were reported in the Prairie Mountain region.

“Workers’ voices, especially in this industry, are rarely heard. For the sake of health and safety, especially during a critical COVID-19 outbreak, the government and employers should listen to the voices of those who know their workplace best,” Marcelino said.

Communal areas like locker rooms and washrooms are overcrowded and physical distancing is impossible, and the cafeteria lacks sanitizer or a place to wash hands, the open letter says.

One single parent who is a worker at Maple Leaf cries every day and worries that she may bring the virus home to her son, the letter says

In an emailed statement Monday evening, a Maple Leaf spokesperson said staff safety is the company’s top priority. The spokesperson said a safe workplace can only be achieved “if you are guided by the science.”

“Public [health officials] have said repeatedly that they have found no evidence of workplace transmission and the cases that have occurred among our team members appear to be linked to events and interactions within the community,” the spokesperson wrote.

“Because they have found no evidence of workplace transmission, our plant remains safe to operate and Public Health and Canadian Food Inspection Agency officials agree.”

According to the spokesperson, public health officials have told Maple Leaf the plant has done more than what is required.

This includes conducting daily screenings, requiring that workers wear masks and other personal protective equipment, practising physical distancing in the plant and using Plexiglass separators between work stations. Maple Leaf has also brought in trailers to allow employees to spread out more during break periods, the spokesperson said.

“We take the concerns raised in the letter today seriously,” said the spokesperson. “Because we are always seeking ways to improve, we welcome any constructive suggestions to strengthen the safety measures already in place.”

The meat processing industry in North America has been hit particularly hard by the coronavirus, with some of the largest outbreaks happening in those plants.

Earlier this year, an outbreak at the Cargill plant in High River, Alta., infected 950 workers and resulted in two deaths.

There were also outbreaks at a plant in Calgary and in Red Deer.​​​ 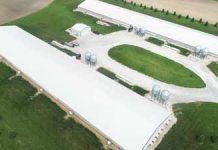 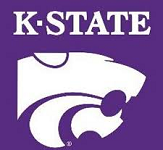