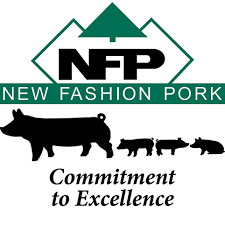 The Veterinary Services Manager with New Fashion Pork reports an early response to F18-associated Gut Edema will help contain losses but not eliminate them.
F-18 is a toxigenic antigen of certain strains of E. coli and it has been associated with Gut Edema in pigs.
The Swine Health Information Center and the American Association of Swine Veterinarians hosted an F18-Associated Gut Edema Management webinar last month.
Dr. Deb Murray, the Veterinary Services Manager with New Fashion Pork at Jackson, Minnesota, says pigs in affected flows in her system had been vaccinated but still became infected and the effectiveness of treatment was limited.

Clip-Dr. Deb Murray-New Fashion Pork:
The timing that we’ve seen most commonly is about seven to ten days post placement up to about two weeks.
Most of the turns have been that way however we have had a couple that have been more like three to four weeks post placement. It doesn’t always start necessarily with the oldest barn and work its way down. It may actually be the second oldest barn getting down to the youngest pigs and then the oldest barn may break last or any order thereof. We did have one turn of pigs that actually started on arrival.
Most of the time, once this is in a site, the very next group of pigs that would be placed would break earlier. Very very high morbidity.
Generally we’ll see loose stools on nearly all pigs and some of them can be fairly significant mortality, 15 to 20 percent. If we have early interventions we can keep that down to around eight to ten percent increase but it is significant.

We have done mass treatments of injectable medicines. We’ve tried multiple different antibiotics. We haven’t had a lot of success but it has helped some, as well as some water medications. Many interventions have been used but a lot of them really did not have a significant impact. Most of the isolates that we’ve seen have been resistant to nearly all antibiotics. We have also tried a couple different feed grade antibiotics, also not showing a great impact on those either.

The full webinar can be accessed through the SHIC website at swinehealth.org or visit Farmscape.Ca. Bruce Cochrane.