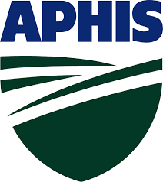 Today, the Livestock Export and Inspection Facility at St. Louis Lambert enabled the shipment of 150 pigs to Sao Paulo, Brazil. This is the LEIF’s second shipment, the first being to Sao Paulo in November, and is a part of Brazil’s efforts to improve its herd in order to supply pork products to China subsequent to the devastation of the hog population in China caused by the African Swine Fever (ASF), an untreatable virus.

“The increasing overseas trade is directly related to the ASF crisis in Asia, which has resulted in boosted imports in Brazil’s chicken, pigmeat as well as beef sectors. Almost a third (32.7%) of Brazilian pig exports was sent to China and 21.6% to Hong Kong by November, meaning Asia received 64% of the total exports. (Pig Progress, January 6, 2020)”

Like the November shipment, the LEIF used its pass-through capability to facilitate this load to Brazil. The LEIF can also provide full penning, handling and inspection for up to 1,500 pigs. These breeding pigs were from Minnesota.

LEIF is 39,000 sq/ft facility custom designed with the health, safety, and welfare of livestock at its core. LEIF is open for export to countries around the world seeking to inject high quality genetics and to replenish livestock populations negatively impacted by viral-borne depletions. The LEIF, the only one of its kind in the United States, desires to be a world-player in enable the export of high-quality and genetically superior livestock from the Midwest to feed the world’s population.

Ryan Milhollin, Extension Specialist, Agricultural Economics, University of Missouri, said, “China has half of the world’s swine herd and is now rebuilding from losing at least 40% of that herd to ASF. China is now the number one destination for pork exports from the US and from Brazil. It stands to reason that Brazil’s swine industry would import breeding stock animals from the US. The U.S. has quality genetics that are free of ASF. Pork is the dominant protein in the world and the disruption caused by ASF is not so much a ripple, but a wave.”

STL’s LEIF is in good proximity to livestock and seedstock in U.S. Midwestern states for livestock exporters. Approximately 58% of U.S. farms and producers and 51% of U.S. agricultural production are within 500 miles of St. Louis. Missouri has a strong, diverse livestock industry with strength in beef cattle (3rd in U.S.), hogs (7th in U.S.), poultry (6th in U.S. for turkeys) and goats (5th in U.S).

Dan Mehan, Chairman of the Midwest Cargo Hub Commission, said, “This is a second significant step in Missouri’s entry into air shipping livestock with more to come in the near future. Missouri’s Animal Health Corridor, our public and private research institutions and our vibrant agriculture economy have already placed our great State on a strong footing in the world market. These shipments out of the Livestock Export and Inspection Facility adds to our world-wide reputation. The Midwest is a major player in the world food market. The LEIF adds to the Midwest ability to feed the world.”

Tonya Amen, Ph.D, Executive Director of the National Center for Beef Excellence, said, “As an Animal Breeder, I’ve witnessed the Midwest’s ability to provide superior genetic breeding stock across livestock sectors. High quality genetics is the key to healthier and higher quality animals and is a major attribute to Midwest livestock. It is part of the answer to feeding the world’s growing population. I am proud to be partner with the State of Missouri and the fine folks at Lambert, as we stand-up and use the export facility and Lambert.” (NCBE is a recipient of a Missouri grant to support LEIF deployment).