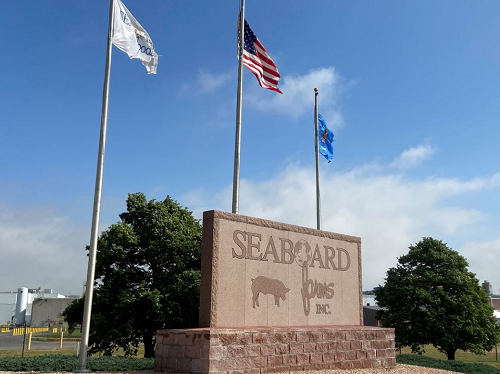 A U.S. judge has denied Seaboard Foods’ attempt to delay a federal court decision that would force the nation’s second-biggest pig producer to slow the speed of hog slaughtering at a massive Oklahoma pork plant, according to court records.

Seaboard in April sought to pursue a 10-1/2-month delay to the decision after U.S. District Judge Joan Ericksen in Minnesota ruled against a Trump administration policy that allowed pork plants to slaughter pigs as fast as they want, as long as they prevent food contamination. read more

As the first U.S. pork company to invest in machinery to run slaughter line speeds faster under the rule, Seaboard stands to lose from the decision. read more

Ericksen ruled on Thursday that Seaboard’s attempt to intervene in the case came too late, though. The company, owned by Seaboard Corp (SEB.A), declined to comment.

A lawsuit brought against the U.S. Department of Agriculture by the United Food and Commercial Workers Union challenged the 2019 rule over concerns about worker safety. Seaboard workers told Reuters the faster line speeds increased injuries at the company’s plant in Guymon, Oklahoma. read more

Scaling Up: The weighty impact of hog farming’s evolution?