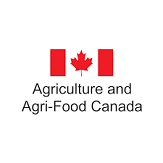 Researchers with Agriculture and Agri-Food Canada expect to know by fall whether increasing the lysine content in sow rations during late gestation will stimulate the development of mammary tissue. In an effort to increase the productivity of piglets, scientists working on behalf of Swine Innovation Porc are looking at various strategies to increase sow milk production, including the stimulation of mammary development. Dr. Chantal Farmer, a Research Scientist in Sow Lactation Biology with Agriculture and Agri-Food Canada in Sherbrooke, says, while energy requirements remain constant during gestation, protein requirements increase dramatically.

Clip-Dr. Chantal Farmer-Agriculture and Agri-Food Canada:
Lysine is important for mammary development but we do not know how much is needed and if increasing the amount of lysine will in fact stimulate mammary development. One study recently looked at increasing the amount of lysine intake and what they’ve noticed is that there was an increase in growth rate of piglets from the animals receiving more lysine and they’ve speculated that this could be due to stimulation of mammary development. What I’ve done is I’ve done the exact same treatment, 20.6 grams per day of lysine fed to sows from day 90 of gestation up to day 110 of gestation compared to 14.7 grams per day of lysine and then at day 110 what I’ve done is I’ve slaughtered the animals, collected the mammary tissues and we’re starting to look at the tissue itself. We’ll be dissecting the mammary tissue, removing the fat layer around the mammary tissue which we call the extra parenchymal tissue and keeping the good milk synthesising tissue, the parenchymal tissue and then we will be able to see if there is a difference. Is there more of this parenchymal tissue in the sows receiving more lysine in late gestation.

Dr. Farmer says sometime in the fall she hopes to be able to say whether increasing lysine in late gestation does stimulate mammary development.