As your pigs will attest, feeding them is pretty important. Yet with ever rising feed costs, keeping your animals well nourished without starving your bank account can be a challenge. This was the scenario addressed by two recent studies that, between them, sought to reduce feed costs while benefitting health and society in the process.

“We know that the post weaning period is a crucial time in a pig’s development,” said Dr. Daniel Columbus, research scientist and adjunct professor at the Prairie Swine Centre, University of Saskatchewan. Dr. Columbus is co-lead of the project with Dr. Martin Nyachoti, professor, Department of Animal Science at the University of Manitoba.

“In talking with industry, we have identified limiting issues like the removal of antibiotics and the existence of multiple stressors post-weaning. With the removal of animal-based proteins from diets, it is a real challenge to maintain pig performance while ensuring the profitability and sustainability of pork production.”

Against that backdrop, the project’s main goal is to develop effective feeding strategies for weaned pigs that will maximize profits, reduce reliance on in-feed antibiotics and improve pig robustness.

As part of that effort, researchers will gauge the value of providing functional amino acids to preserve health, robustness and growth performance post weaning, all while reducing feed costs. They also hope to craft cutting edge chemical and biological strategies for detoxifying vomitoxin, a mycotoxin that occurs predominantly in grains such as wheat, barley, oats, rye and corn. In addition to benefits for post-weaning growth and profitability, this objective could greatly enhance food safety.

Finally, the team is seeking ways to lower feed costs and enhance gut health by maximizing the pulse grain content in diets for weaned pigs.

Of all the notable goals in this project, the one that could resonate most with industry and consumers is reduction of antibiotics. Scientists hope to promote the pig’s own robustness and performance via their diet and in doing so, limit the occasions when antibiotics are required to preserve pig health.

“If you have a negative impact on the animal’s gut early on, it can reduce their performance later in life,” said Dr. Columbus. “If all goes as planned, we will reduce both diet costs and antibiotic use while enhancing social acceptance of pork production.”

“Weaning is a critical time for piglets, as they are undergoing a number of stressful changes,” said Dr. Joshua Gong, research scientist with Agriculture and Agri-Food Canada (AAFC) at the Guelph Research and Development Centre in Guelph, Ontario. Dr. Gong is a co-leader of the project with Dr. Chengbo Yang, assistant professor at the University of Manitoba.

Piglets at this stage must endure separation from the mother, a change from milk to solid feed and the introduction of a new housing environment. All of this is occurring at a time when their digestive and immune systems are far from fully developed. The result can often be decreased feed intake, impaired digestion and increased susceptibility to disease.

During this period, pigs are more susceptible to enteric diseases, so supplementation with antibiotics or high levels of zinc oxide are used to prevent such conditions.

“This practice has been linked to the spread of antimicrobial resistant pathogens in both livestock and humans, posing a significant public health threat,” said Dr. Yang.

As a result, both the EU and Canada have banned the use of antibiotic growth promoters in animal food production.

“In light of the growing issue of antibiotic resistance, the public is expressing an urgent need for industry to find options that would replace in-feed antibiotics,” said Dr. Gong.

With that in mind, the overall aim of this project is to develop and test a number of novel alternatives to antibiotics that will improve pig performance and health in the post weaning diet.

Some substances that have widely been considered as alternatives are probiotics, enzymes, antimicrobial peptides and phytochemicals (non-nutritive plant chemicals that have protective or disease preventive properties).

However, there is a need for improvement in the efficacy, consistency and cost effectiveness of these options, as well as in our understanding of their biological mechanisms.

“A viable alternative to in-feed antibiotics is expected to be safe to the public, cost effective in production and friendly to the environment,” said Dr. Gong.

While there has been no single “magic bullet” proven to replace in feed antibiotics, this study will explore a variety of enzymes and probiotics that could fit the purpose.

On a number of fronts, the timing is perfect for such a project.

“The Canadian government has introduced legislation to restrict the use of antibiotics in livestock, including pigs,” said Dr. Yang. “There is also considerable pressure from the public for animals to be raised without antibiotics or at least with responsible use of antibiotics. Industry needs a way to deal with the situation and maintain biosecurity to protect animals from outside pathogens.”

From a management standpoint, there is a desire to reduce stress on the animals and use high quality, digestible ingredients to balance their diet. Lowering antibiotic use could also enhance Canada’s reputation in the international marketplace while gaining public trust.

Between them, these two feed studies have the potential to benefit producers, consumers and, of course, the pigs themselves; now that’s something you can sink your teeth into.

“Development of innovative strategies to reduce feed costs in the post weaning period while maintaining optimal performance and health”: 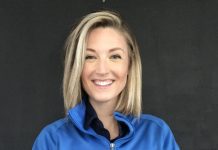 Do you work with a Veterinarian and do you follow their guidelines for antimicrobial use?By: Dr. Cara Haden Pipestone Veterinary Services