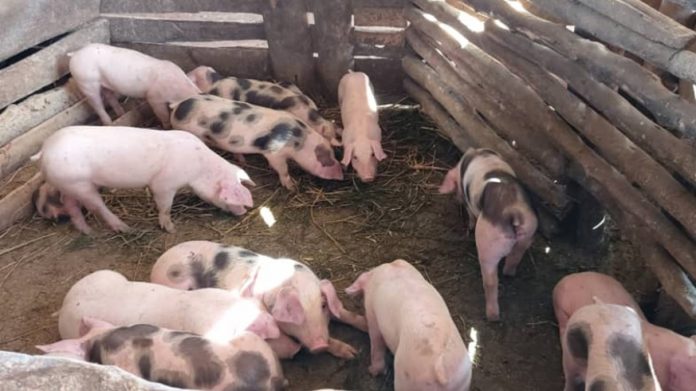 Government is mulling a vaccination against swine erysipelas in affected pig farming districts as the country seeks to prevent this infectious bacterial disease from spreading to pig farms which are not yet infected.

It is clinically characterised by fever (41.1°C to 42.8°C) that can induce abortion in pregnant pigs, skin lesions, loss of appetite, difficulties in breathing and walking, and death to the infected animal if not treated on time.

According to the Rwanda Agriculture and Animal Resources Development Board (RAB), the disease mainly stems from poor hygiene (on the farm). The agency said that the current outbreak was reported on October 21 in Nzige Sector, Rwamagana District of Eastern Province.

In November, 2020, RAB said that swine erysipelas had killed 379 pigs, or 0.67 percent of 56,706 pigs in three districts namely Rwamagana, Kicukiro and Gasabo, which were affected then.

Before, another outbreak of the disease had hit pig farms in Gisagara District in 2019.

The disease can attack any farm where hygienic is inadequate or if there is an infected pig introduced into the pig herd, according to information from RAB.

Fabrice Ndayisenga, Head of Animal Resources Department at RAB told The New Times that the disease is preventable and curable through hygiene and biosecurity at farm level as well as treatment by recommended antibiotics and anti-inflammatory drugs.

However, he said that in order to deal with the situation whereby some farmers might take diseased animals to market, and they end up spreading the disease to various parts of the country, inoculation was considered a solution to the problem.

He said that the RAB procured an estimated 50,000 doses of the vaccine against swine erysipelas abroad at a cost of around Rwf60 million.

He added that the doses of the vaccine are expected to reach the country by the end of this week, adding that vaccination campaign will immediately start in affected pig farms.

The vaccine costs over Rwf1,000 and protects a pig that received it for six months, meaning that it has to be given to the pig twice a year.

However, he said that the vaccination against the disease is not mandatory.

“We are introducing the vaccine in order to inoculate pigs in much affected farms, and in a bid to prevent the disease from spreading elsewhere, rather contain it,” he said.

He indicated that about 30 mainly targeted pig farms were identified in affected areas including the City of Kigali (Gasabo and Kicukiro district), Rwamagana, Kirehe, Nyagatare and Rubavu districts.

Meanwhile, he said that the vaccine could also be used by those engaged in commercial pig farming.

He indicated that they want the immunisation effort against the disease to be private sector-led, whereby businesspeople can import vaccines and pig farmers buy them.

“Some farmers sold their pigs as they feared that the disease could infect them and succumb to it. They were worried about losses that they could incur from it,” he said, adding that during the first days of the outbreak, stockbreeders were in panic resulting in using ineffective drugs as a result of lack of knowledge.

Later, he said, antibiotic drug Penistepto LA 400, and anti-inflammatory drug Phenylject that were recommended by RAB proved effective in treating the disease.

He added that the disease outbreak had discouraged pig farmers from expanding their farms, or even new investments into this livestock animal.

RAB says that the meat of the pig died from the disease should not be eaten; rather, its carcass should be buried.

There are 1.38 million pigs in Rwanda, as per the statistics from RAB.