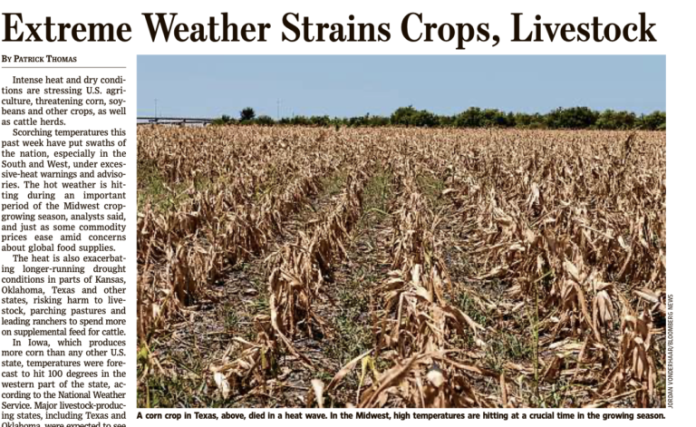 “The military command in southern Ukraine said two Kalibr cruise missiles hit the port’s infrastructure but not the grain silos in Odessa — one of the country’s largest and most important seaside trading cities.”

The strike threatens an agreement that diplomats had hailed less than 24 hours earlier as a breakthrough after months of negotiations. Friday’s deal, brokered by the United Nations and Turkey, would help lift a Black Sea blockade that exacerbated global hunger, especially in Africa and the Middle East.

The Post writers explained that, “A keystone of the deal is Russia’s promise not to attack Odessa and two other ports involved in the shipments. The deal includes security assurances for both Ukraine and Russia, which agreed not to ‘undertake any attacks against merchant vessels and other civilian vessels and port facilities’ tied to the initiative.

“‘This attack casts serious doubt on the credibility of Russia’s commitment to yesterday’s deal and undermines the work of the UN, Turkey and Ukraine to get critical food to world markets,’ Secretary of State Antony Blinken said in a statement late Saturday.”

Here is the Russia, Ukraine grain deal. This one is signed by Ukraine pic.twitter.com/WXBOEbGMMB

Also in Sunday’s Post, Claire Parker reported that, “Attacks on port cities or surrounding areas could undermine the willingness of shipping companies to send vessels through the Black Sea, and insurance companies to insure them. Insurance premiums skyrocketed for ships traveling that route since the start of the war.”

Wall Street Journal writers Matthew Luxmoore, Bojan Pancevski and Jared Malsin reported on Saturday that, “‘It’s obvious that the agreement with Russia is not even worth the paper it was signed on…Russia is a terrorist state,’ said Ukraine’s ambassador to Turkey, Vasyl Bodnar, who was present at the signing of the agreement.

“Ukrainian Foreign Ministry spokesman Oleg Nikolenko said the attack on Odessa was like spitting in the face of the U.N. and Turkey, which facilitated and hosted the negotiations.

“‘We urge the U.N. and Turkey to ensure Russia’s compliance with its obligations to provide a safe corridor for the grain exports,’ Mr. Nikolenko said in a statement posted to Facebook.”

Michael Schwirtz and Erika Solomon reported in Sunday’s New York Times that, “‘If you attack a port, you attack everything,’ said Mykola Solskyi, the country’s agriculture minister, in a telephone interview. ‘You use a lot of the same infrastructure for oil, for grain. It has an impact on everything — it doesn’t matter what you hit.’

“Russia may not have technically violated the grain deal, since it did not pledge to avoid attacking the parts of the Ukrainian ports that are not directly used for the grain exports, according to a senior U.N. official. If there were military targets nearby, Russia may have been trying to exploit a loophole, a practice that has become increasingly common over the course of the war.

“Mr. Solskyi said that the strikes would nevertheless affect Ukraine’s efforts to export grain, adding that some of the infrastructure destroyed was ‘important for processing all imports.’”

A separate Reuters article on Sunday by Natalia Zinets indicated that, “Ukraine could export 60 million tonnes of grain in eight to nine months if its ports were not blockaded, but Russia’s strike on the port of Odesa showed it will definitely not be that easy, an economic adviser to the Ukrainian president said on Sunday.”

Predominantly because of a smaller crop in Ukraine, but with harvests in the EU, Argentina and Australia also seen lower y/y, cumulative #wheat output in the eight major exporters is projected to drop for a second season in a row. pic.twitter.com/OhlPKa79P1

Bloomberg writers James Poole and Megan Durisin reported today that, “Wheat jumped after Russia’s weekend attack on the seaport of Odesa raised concerns about its deal to release millions of tons of Ukrainian grain needed to boost global food supplies.”

Meanwhile, Vivian Yee, Anton Troianovski and Abdi Latif Dahir reported in today’s New York Times that, “Even before setting out on his four-country tour, [Russian] Foreign Minister Sergey V. Lavrov made clear he would use the trip to blame the West for the grain shortages tied to the war in Ukraine that are raising fears of famine in African countries and to paint Russia as the continent’s faithful ally.”

“The global food crisis is expected to figure prominently in Mr. Lavrov’s trip to Egypt, Ethiopia, Uganda and the Republic of Congo. But while the grain shortages were set off by the Russian invasion, the foreign minister suggested that Moscow was not the problem,” the Times article said.

Global #wheat stocks in 2022/23 are forecast to contract to a four-season low, led by drawdowns in India and the main exporters, with inventories in the latter potentially the least in nine years. pic.twitter.com/IbYAJNGCzd

“Scorching temperatures this past week have put swaths of the U.S., especially in the South and West, under excessive-heat warnings and advisories. The hot weather is hitting during an important period of the Midwest crop-growing season, analysts said, and just as some commodity prices ease amid concerns about global food supplies.

“The heat is also exacerbating longer-running drought conditions in parts of Kansas, Oklahoma, Texas and other states, risking harm to livestock, parching pastures and leading ranchers to spend more on supplemental feed for cattle.”

And Chico Harlan and Stefano Pitrelli reported on the front page of today’s Washington Post that, “In Europe’s sweltering summer, few places have been hit more directly than northern Italy, where extreme drought has dried up a major river, triggered a state of emergency and put the country’s famed agricultural flatlands in profound trouble. The drought is also causing Italians to fret about the things they’ve taken for granted: not just green rice fields typical of this region, but also the foods derived from them. Especially risotto.”

The Post article noted that, ” Italy’s main agricultural group predicts that yields this year will be 30 percent lower than normal.”