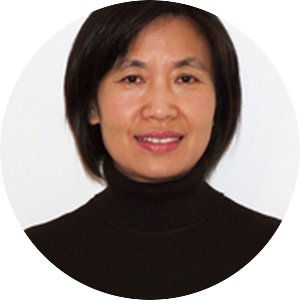 To prevent tail biting without tail docking, we need to understand how pigs develop tail biting behavior. While tail biting involves both tail biters (pigs that bite and cause tail damage to other pigs) and victimized pigs (pigs with tail damage caused by biting), our research focuses on tail biters those create the problem. Our research indicated that one tail biter was enough to damage the tail of all pigs in a pen and the outbreak could be controlled by removing the tail biter from the pen. So, the key for developing alternatives to tail docking is to identify and manage tail biters.

Currently, we are collaborating with researchers (Drs. Ty Schmidt and Benny Mote) from the University of Nebraska-Lincoln (UNL) to identify tail biters using the Nutrack Livestock Monitoring system. The NUtrack system is an advanced computer vision platform developed by the Department of Animal Science and College of Electrical and Computer Engineering of UNL. Using the NUtrack system, we can automatically record and analyze behavior (lying, standing, walking, eating, and drinking) of individual pigs in each pen for the entire growing-finishing period (about 14 weeks). Additionally, we are the first to validate monitoring of tail biting behavior using the NUtrack system. By identifying tail biters, we can investigate behavioral patterns of these pigs which can be used for early recognition of tail biters on commercial farms. The second part of our research project is to understand why a pig becomes a tail biter. We evaluate stress and immune status and social behavior of tail biters, by comparing them with pigs that are not tail biters. Two animal trials are conducted at the WCROC, with the first one focusing on identifying tail biters using the NUtrack system, and the second emphasizing on stress/immune status and social behavior of tail biters. Currently, we are conducting the first trial using more than 400 undocked pigs. This project is supported by the Foundational and Applied Science Program of the National Institute of Food and Agriculture, USDA. The grant is for three years, and project will be completed in December 2024. Ultimately, this project will help pork producers raise pigs without tail docking under commercial production conditions in the United States.

Learn about the Evolution of the Heartland, By Pork Producer Wanda Patsche