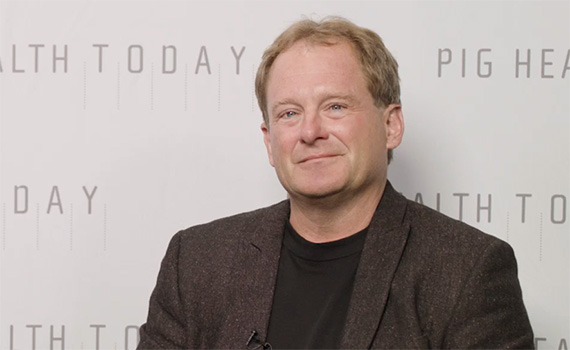 It’s well known today that several swine viruses can survive in feed ingredients under laboratory research conditions. But how does that translate to the real world?

The first project embraced the mantra of “start small and work your way up” by using 30 g of each of the following feed ingredients: organic and conventional soybean meal, lysine, choline and vitamin A. Each one was spiked with a 2-mL mixture of the three viruses and then loaded on to the trailer of a commercial transport vehicle. For the next 21 days, the feed ingredients traveled across 14 states for a total of 6,053 miles.

At the end of the transport period, the ingredient samples were tested for viral genome by polymerase chain reaction and for viability by bioassay.

Dee reported that viable PRRSV, PEDV and SVA were found in both of the soybean meal products. Viable PRRSV and SVA were detected in the vitamin A sample. Notably, SVA was the only virus to survive in lysine and choline, “the more challenging ingredients,” Dee added.

While the project was interesting and helped to build confidence in the previous laboratory findings, he recognized that “30 g is not a realistic amount and 2 mL is a lot of liquid. So, we went back to the drawing board to develop a more real-world experiment.”

For the second project, the team used 1-ton totes of organic and conventional soybean meal and a complete feed, to better reflect actual shipments. They applied the “hot spot” model to spike each tote, a process that involves producing 10-mL ice cubes that each contain 5 logs TCID50/virus. The ice cubes are frozen at -80° C then tossed into each half-filled tote, after which it was topped off with the remaining feed and left to melt naturally to make a hot spot. There were seven totes in all — one of control feed and two each of the inoculated organic and conventional soybean meal products and the complete feed.

For the journey, the loaded 18-wheel truck started out in St. Paul, Minnesota, and mimicked a typical commercial route, totaling 6,719 miles across 28 states in 23 days with 110.2 hours on the road. “We wanted to expose it to as many regional [weather] variations as we could — cold, humid, hot, dry temps.”

Data loggers were buried inside each tote to collect environmental data such as temperature and relative humidity every 15 minutes. Also, a GPS tracker was installed on the trailer. “We wanted to bullet-proof this project,” he added. “So, there were no other products on board, and the totes were barricaded within the trailer. Also, there were no stops other than basics like gas stations, hotels and such.”

Once the 23-day road trip was completed, the team pulled ingredient samples from the totes and found viable viruses for all three, while the control feed remained negative.

The next step was to combine 10 samples per tote, about 1 kg, into a composite sample, which was placed into a paint can, topped off with saline and mechanically shaken to produce a thorough mix. The final step was to centrifuge the sample to develop inoculants for a bioassay.

Dee used the bioassay generated from the soybean meal products to determine virus viability, exposing pigs through a 2-ml intramuscular injection, a 2-ml oral inoculation or 2-ml intranasal exposure. The complete feed was provided to pigs through natural feeding behavior.

“Looking at the complete feed, we found evidence of viable PEDV and SVA but no evidence of PRRSV,” Dee noted. However, all of the viruses survived in the soybean meal products. “That makes sense because in the transboundary [shipping] model we showed that PRRSV lived very well in soy but not in complete feed.”

To validate the evidence of viral infection, the researchers used oral-fluid testing, physical evidence and necropsies of individual pigs.

In the end, Dee emphasized that this study provided the first evidence that three significant swine viruses can survive in feed and feed ingredients under real-world, commercial transport conditions. “I’m going to use the word evidence purposefully because this goes beyond data,” he said. “We’ve never gone this distance before to push this hypothesis of viral survival in feed.”

While there are many strengths to the approach taken in this study, Dee added that some limitations remain, namely sample size and a single viral dose. “We can prove survival, but we cannot predict frequency,” he said, “and that’s still key.”