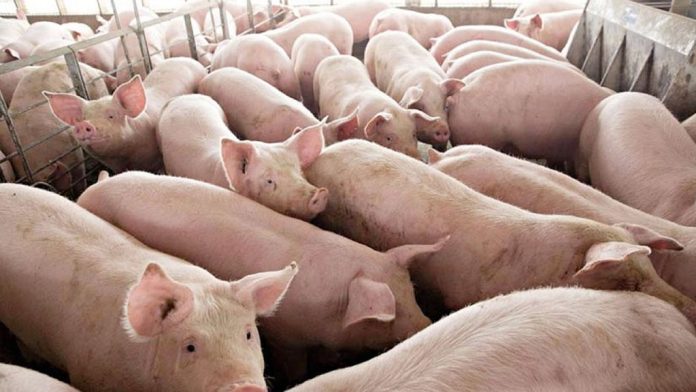 PORK PRODUCERS said support from private investors will be needed to help the hog industry recover from the ongoing outbreak of African Swine Fever (ASF).

“The swine industry’s recovery may greatly depend on investment from the private sector, which is directly connected to hog raisers confidence in reinvesting, considering the recent policies of the government favoring pork imports at a very low tariff,” Pork Producers Federation of the Philippines, Inc. President Rolando E. Tambago said in a text message.

He was referring to Executive Orders (EO) No. 133 and 134, which expanded the minimum access volume (MAV) of pork imports while lowering tariffs in order to address tight supply and inflation pressures.

“Both EOs should not be extended as that would further delay the rebuilding of the hog industry,” Mr. Tambago said.

“We are just hoping the Department of Agriculture (DA) programs to finally stop ASF will work this time,” he added.

As of Jan. 13, active cases of ASF were reported in 45 barangays and 17 municipalities in Regions II, IV-A, IV-B, VIII, XI, and the Caraga region.

The DA said in a statement that the pork supply is sufficient, following efforts to strengthen herds and augment the available pork through imports.

“The hog industry will gain momentum this year and recover from its losses due to the havoc caused by ASF since 2019,” the DA said in a statement.

“To date, measures to prevent further damage from the transboundary animal disease are continuously being carried out from the national down to the local level, particularly in barangays and small communities,” it added.

This year, the DA said it is continuing with its “Bantay ASF sa Barangay” program and Integrated National Swine Production Initiatives for Recovery and Expansion.

The Bantay ASF program helps communities monitor disease and trains them in biosecurity measures for commercial and backyard piggeries.

Mr. Morales said that once ASF-infected areas exit the red zone status, they can begin repopulation.

“As of this month, about 13,870 sentinel pigs have been distributed in areas that have zero cases. Aside from being able to produce and sell hogs, areas that have moved out of the red zone are qualified to avail of credit assistance to help them revive their livelihood, and eventually, bounce back and recuperate from their losses,” he said.

“These efforts, implemented in partnership with local government units, have been instrumental in keeping the industry alive,” he added.

Sentinel pigs are animals sent to formerly infected areas to check whether ASF flares up again.

Mr. Morales said pork imports are not intended to compete with domestic production but are released periodically from cold storage to augment supply and keep prices stable.