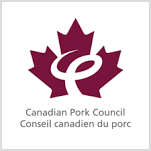 Canadian pork producers are disappointed by the outcome of today’s meeting between the Federal, Provincial and Territorial Ministers of Agriculture.

On news that the Federal, Provincial, and Territorial Ministers of Agriculture reached an agreement to remove the reference margin limit, the Canadian Pork Council, representing over 7,000 pork producers from coast to coast, acknowledge the Ministers’ efforts to meet and discuss AgriStability, but are extremely disappointed that Federal and Provincial Agriculture ministers could not reach consensus on Minister Bibeau’s proposal to improve payment rates.

“We know AgriStability negotiations are not easy, but removing the reference margin limit does very little for pork producers.” Said Rick Bergmann, Chair of the Canadian Pork Council. “We expected that, in these difficult times, the prairie provincial ministers would have considered the challenges faced by pork producers.”

Over the last 12 months, pork producers in every province have faced extreme price fluctuations, border closures and processing plants shutdowns. Fortunately, some producers weathered the storm, but others must now struggle with a program that could have worked better if Minister agreed to changes.

“We had high expectations that provincial Ministers understood that the situation was difficult for pork producers and that they placed their hope in this program for meaningful financial assistance. Our desired outcome was for provincial ministers to support the proposed solutions put forward by the federal government, including raising the program’s payment rate from 70% to 80%.” Bergmann added.

While the United States government sees the value in agriculture and is supporting agriculture producers so they remain efficient and competitive, CPC strongly encourages the federal government to move forward with provinces that believe all producers should receive the assistance they need.

The Canadian Pork Council is the national voice for hog producers in Canada. A federation of nine provincial pork industry associations representing 7,000 farms, the organization plays a leadership role in achieving and maintaining a dynamic and prosperous Canadian pork sector.