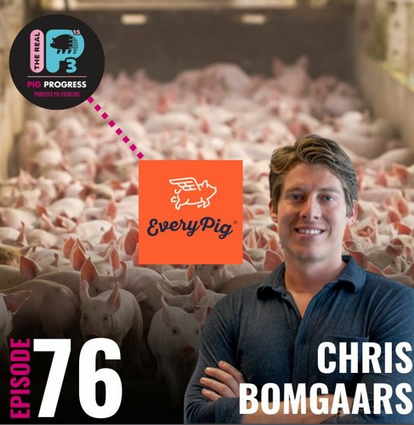 In this episode, we shift gears a little bit from our by-products series and visit with Chris Bomgaars, founder of Every Pig. Chris grew up immersed in the swine industry through his father’s local veterinary clinic. Chris then studied international business in Spain but returned to his hometown to work with his father’s expanding business. Chris saw a missing piece in the swine industry, ultimately becoming his platform’s basis. He noticed that most of the health problems in the swine industry were being reacted to quite slowly rather than being proactive. He began looking at how information was being collected and noticed that many of the methods used did not allow the industry to act fast enough to mitigate these challenges. Originally, Every Pig started as a digital collection application that allowed for data to be collected in real-time that had previously been collected on paper. Over time, the platform was expanded to utilize artificial intelligence to suggest certain diseases based on pictures. If you would like to learn more about Chris and Every Pig after listening to this episode, you can follow in the link below.