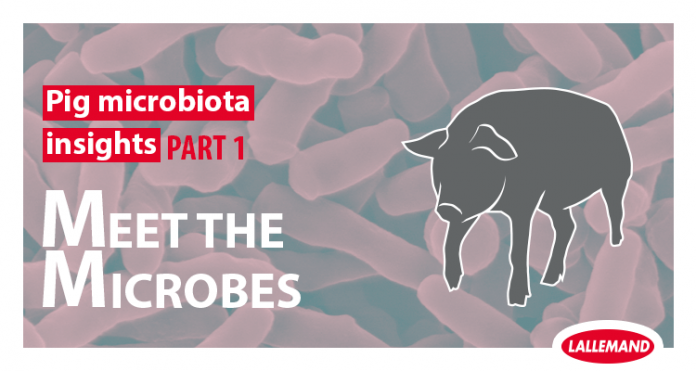 The intestinal microbiota is defined as a complex community of microorganisms of various species living in the digestive tract of animals. They represent the largest reservoir of mutual microorganisms. They interact with each other, with the external environment, and with their host. They play a key role in the host’s digestion and defenses.

The swine gut microbiota encompasses a large and diverse population of bacteria.

A system opened to the external environment

The microbiota is influenced by numerous factors: diet, microbiological quality of the feed, physiological stress, use of antibiotics and farming management practices – to name just a few.

A community in a relationship with the host

The swine gut microbiota plays a key role in digestion and host defenses and, consequently, on health and performance. It is a complex microbial ecosystem, adapted to the diet, physiological factors, and site of the gut. This ecosystem tends to remain close to an equilibrium state but can be disturbed by different internal and external factors, such as diet, environment or farming practices.